Civilization VI’s latest expansion, Gathering Storm, is out in just two weeks’ time. We’ve had a chance to play the full game, to go beyond the reveal trailers, and to dig in to the new civs.

To help you make the most of what Firaxis is calling the biggest expansion Civ has ever had, we’ll present our findings here in a series of detailed yet digestible guides. We’ll give an overview of each civ and its unique traits, followed by a practical guide to making the most of them. Because Rich loves a bit of strategic building, we’re starting with the Inca under Pachacuti, but look out for the others to arrive on PCGamesN in the coming weeks.

The Inca are, potentially, a very powerful builder civ, with their bonuses deriving from mountains and domestic trade routes. To make the most of them, you need to efficiently build a powerful core of high-performing cities near your starting mountain terrain. Given this, they can then pivot to practically any victory type.

The early game is crucial as the Inca. You have to be aggressive about tile acquisition and development to make the most of their uniques, but given this, can carve out a lead that no one will be able to catch. You should use Terrace Farms to grow your first two or three cities, and add trade routes to the mix for the next few to build a flourishing mountain empire that can go on to win any way you like.

It’s cool that Terrace Farms can add food to hills and mountains, but it’s easy to overstate their impact. Remember that you’re foregoing a mine with every terrace farm you build, so unless you’re building near an aqueduct or can get two, or ideally three, Terrace Farms around a mountain tile, there may be more lucrative tiles to assign your citizens to work. If you see those opportunities, by all means go for it, but don’t spam Terrace Farms on every hill. Pair them with mines and traditional farms (in triangles) according to your needs. You’ll also want some space near mountains for any Campuses or Holy Sites you’re planning to build. 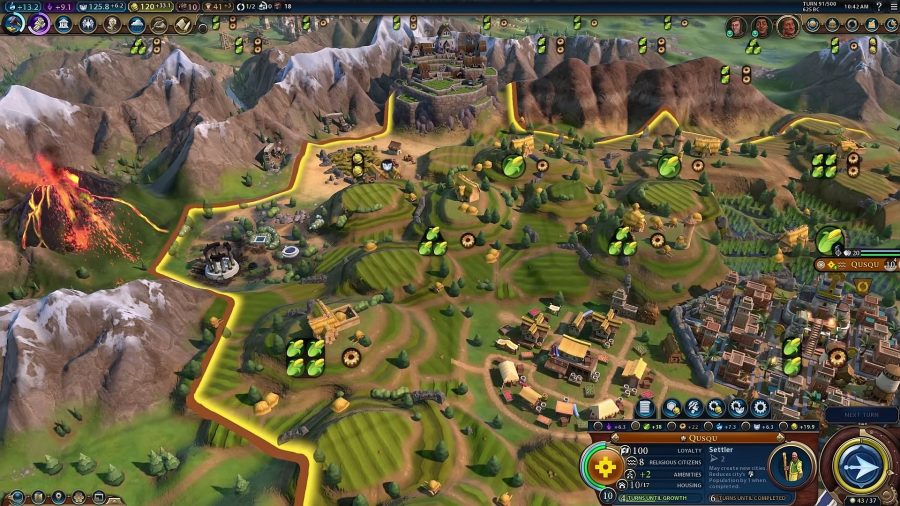 Qhapaq Ñan is much easier to exploit consistently, once you’ve got the money to do so. Domestic trade routes are a great way to supercharge a new city, but remember it’s the origin city that gets the food and production, and that the bonus food from Qhapaq Ñan is based on mountain tiles also in the origin city.

Thus, to get the most benefit as quickly as possible, you’ll need to buy a few mountains in your new city. Even for longer-established cities, the game won’t prioritise cultural acquisition of mountain tiles so you’ll have to buy them manually. This is fine, as you want commercial hubs and markets for the trade route capacity anyway. 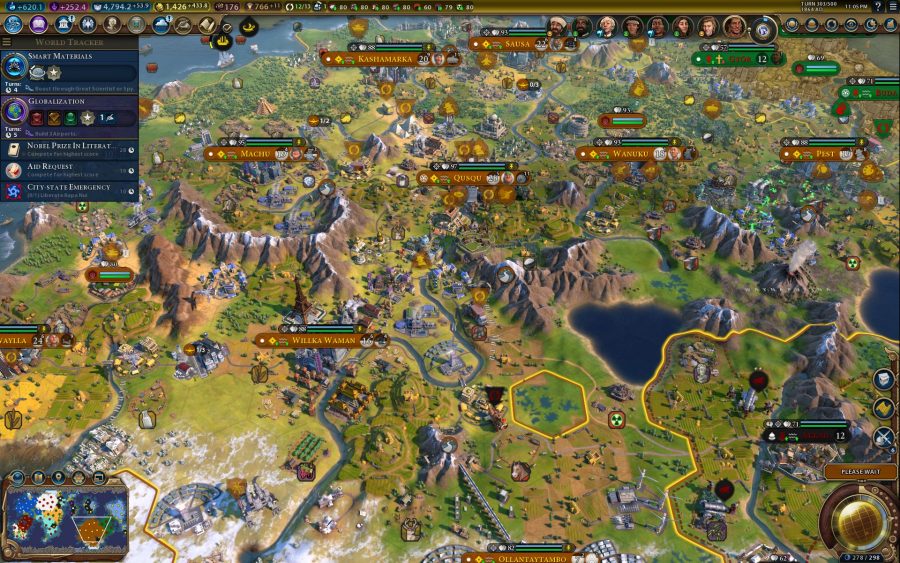 So here’s the plan: prioritise Currency, and set up two or three hubs with markets in your first cities. When you settle somewhere new, buy as many mountains as you can, and send a trade route to your capital. Now sit back and watch your new city flourish. Don’t forget the actual Qhapaq Ñan improvement when you survey your mountain empire: like the tunnel, it enables units to move directly across the mountain it’s placed on, or to any other land tile next to another Qhapaq Ñan in the same mountain range. Traders can use it, so bear this in mind when setting up your routes.

What with natural disasters occasionally wrecking your empire, builders are more useful for everyone in Gathering Storm. This is especially true for the Inca given the need to build terrace farms and Qhapaq Ñans, so consider policies (e.g. Serfdom), Wonders (e.g. the Pyramids), and appointing Liang as Governor to give them a boost. 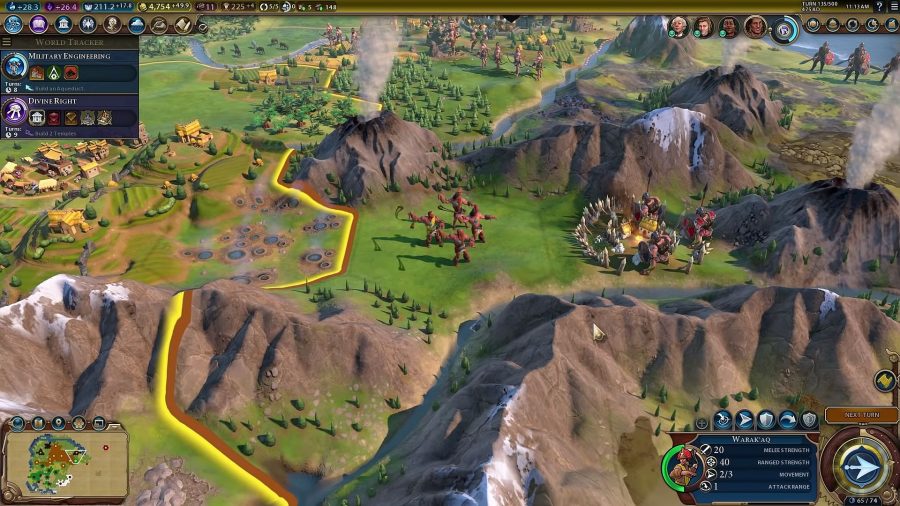 For a recon unit, the Warak’aq is surprisingly deadly. It has two attacks with the same ranged strength as a crossbowman, and its three movement points mean it’s more likely to get to use them. It’s pretty squishy in melee, which is a risk given it only has a range of one, but you can mitigate this if you can get the Ambush promotion. That will bring the Warak’aq up to 40 melee strength, and that’s more than a swordsman.

Martial-minded Pachacutis could thus build three or four scouts and make the rogue policy choice of Survey to train them up. A bunch of Ambushing Warak’aqs is a seriously powerful army for a bit of Medieval conquering, and will continue to serve you well as Rangers and Spec Ops later in the game. But really, given a good early game, Pachacuti can build a core of five or six big, productive, and wealthy cities faster than almost anyone else. With an edge like that you can chase any victory type you fancy.