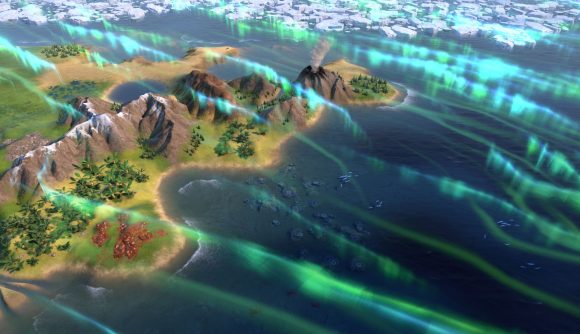 In the heaviest bucket of cold water yet poured on the possibility of a third full expansion for Civilization 6, lead designer Anton Strenger tell us “at this time we don’t have any plans to build a third expansion.

“We felt strongly that having delivered two expansions since launch, the current state of Civ VI’s gameplay systems, depth, and balance are in a great position and that an additional expansion could add complexity to the core experience that we feel would tip the balance and overcomplicate the game.”

The comment comes just as developer Firaxis announces the New Frontier Pass, a new season pass that will add eight new civilisations across six bimonthly content drops, thus firming up the future of Civ VI support for almost a full year. Whether we can expect any further content after the New Frontier Pass has run its course in March 2021 is unclear, but Firaxis’s apparent concern about overcomplicating the core game with any further systems doesn’t bode well for a full expansion. If you’re looking for a sliver of hope, we had asked Strenger whether he was able to rule one out, and he replied only that one isn’t planned. You can check out the full interview here for some additional probing about the new season pass.

At the very least, the New Frontier Pass is your lot for now, and that’s no bad thing. Eight new civs and six new game modes is potentially a lot of replayability, and regular free updates every other month is a lot more robust support than Civ VI has generally had. It’s good to feel that the game is alive again.