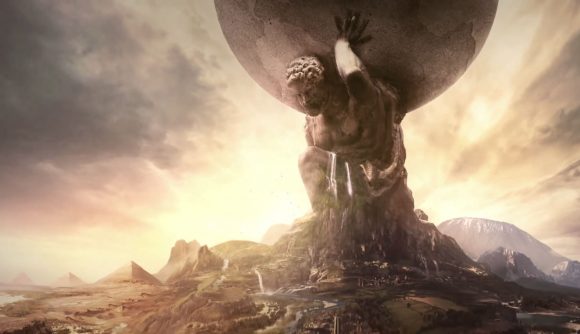 Keeping employees around means retaining institutional knowledge: people who’ve been around your company a long time tend to know more about how it works, it turns out. And some videogame companies like to mark service milestones with special mementos. Firaxis, the developer behind the XCOM and Civilization franchises, has their own way of showing appreciation to long-time employees.

Fittingly, Firaxis employees who spend five years at the company are awarded a pyramid engraved with the developer’s logo. It’s also stamped with the letters, ANNO V, Latin for Year Five. That’s because at each five-year milestone, they’re given a new layer for the structure.

It’s a clever and poignant symbol – the Egyptian Pyramids are a World Wonder featured in Civilization, of course, and as the employee trophy grows over the course of years, their personal monument reflects their contributions to Firaxis’ own ‘great works.’

Firaxis isn’t the only games company that’s created its own special relics and ceremonies for long-serving employees. Activision Blizzard gave one 15-year employee a silver plaque decorated with the history of game controllers dating back to the Atari one-button joystick, and working at Blizzard itself for five years earns you an actual sword.

Blizzard, in fact, has a whole series of ceremonies to mark five-year milestones for employees.

As you can see, each level of the pyramid is carved from a different type of stone, and each layer is engraved with the Latin for the number of years served. The use of stone is a particularly nice touch – it’s a reminder of the Civilization games’ basis in ancient history, and it suggests an simple kind of strength and groundedness.

There’s one potential problem, as some Reddit commenters have observed – if you spend too much time at Firaxis, you’ll eventually run out of space on your desk for your PC.