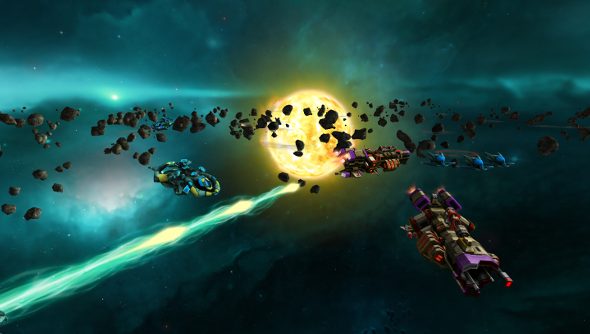 Firaxis is working away on an update for Civilization: Beyond Earth, which will – among other things – lay the groundwork for integration between it and the developer’s upcoming space game, Starships.

What’s this integration all about, then? It’s a little vague at the moment, but basically, the two games will pass information between them.

Firaxis’ David Hinkle explains, “Both the Starships and Beyond Earth teams have been interested in the idea of having two separate games able to pass information between them, and what that might mean for players. This is our first experiment with this cross-game connectivity. We’re handling this through my2K. If you log into your my2K account within Starships or Beyond Earth, then we will be able to establish a connection between the two games. If you don’t already have a my2K account, you’ll need to create one. For now, this system works for Beyond Earth and Starships, but may extend to future titles as well. The first time you log into your my2K account from Beyond Earth, you will get an exclusive map: the Glacier planet.”

This Beyond Earth update is solely concerned with Starships, though. The patch will tweak the game’s balance and change the impact of Wonders – which were a bit bland and easy to ignore before. The update is due out soon.