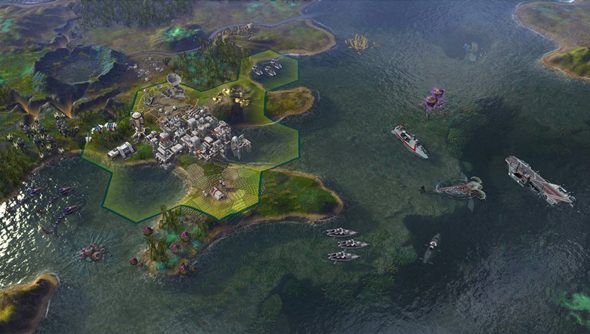 Did XCOM reinvigorate Firaxis, or simply put the world back on Sid Meier overwatch? Either way, the grand old strategy studio have been doing especially well of late. They’ve now shipped 31 million copies of their dependable constant, Civilization, over the series’ lifetime. And of those, about a third were shifted in the last year or so.

The number is up 10 million from April last year, when Take-Two announced they’d shipped 21 million units. That was before the release of Civilization: Beyond Earth – the sci-fi spinoff which seems to have done very well for itself, despite a muted reception.

Civ V wasn’t considered by many to be the finest game in the series upon its release either – that honour instead reserved for Soren Johnson’s Civ IV. But its Brave New World expansion brought a meaty, dynamic endgame and left the game “a high point for the series as a whole”. The series has also been a regular in Steam’s seasonal sales, which you have to imagine helps.

Next up is Beyond Earth – Rising Tide, which threatens to lubricate an all-too-dry game. Or perhaps you’ve positioned yourself in a prime spot for XCOM 2 in November? Expect Gamescom impressions of that game’s strategy layer very soon.