This month, Civilization VI will see a free game update that adds some nifty new features to the 4X strategy game. Firaxis says some of it is in response to community requests, and you’ll be able to enjoy it no matter how much of Civ 6’s add-on content you own – or don’t.

The update goes live August 27, and it it includes the new Natural Wonder picker. Using this option, you can manually select which natural wonders you want to have appear in your world when you begin a new game. There might be some wonders you haven’t seen very often, or others that you’re not crazy about – this lets you hand-select the ones that will (or won’t) appear in the world.

Another neat new feature coming to Civilization VI this month is the Tech and Civic Shuffle Mode. With this mode enabled, your tech and civic research trees will be randomised and obscured – you’ll have to guess at what you’re researching. As Civilization VI lead designer Anton Strenger explains in the video below, the mode is a callback to some of the first 4X games he ever played, and it makes things both easier and harder for the same reason: you can’t plan ahead. 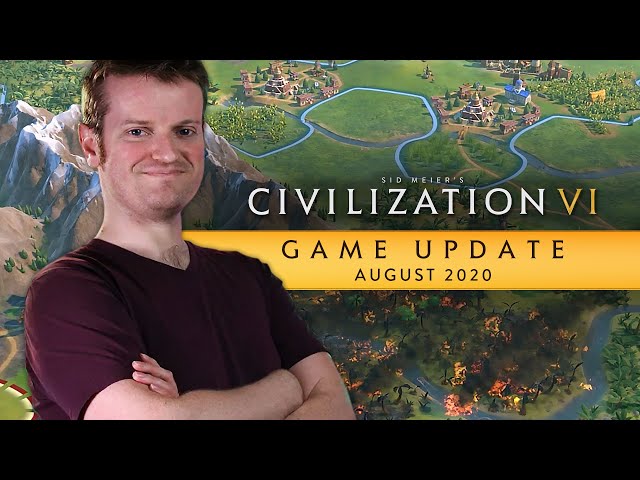 There are some requested adjustments coming along with the new marquee features as well – Firaxis is making forest and jungle fires last longer, and there are some changes to how government plazas work.

Again, you don’t need to own the new Civilization VI Frontier Pass or any of the DLC to use these new features; however, with the Wonder Picker you’ll only be able to select from wonders that appear in the content you do own.