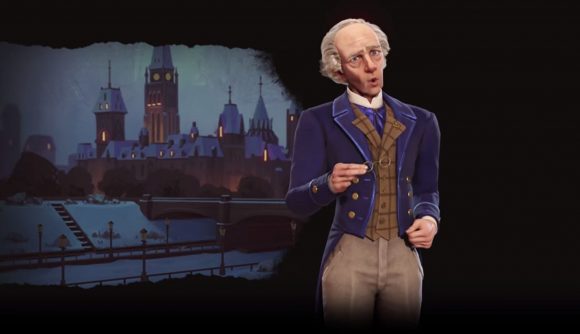 The latest civ to be revealed for Civilization VI’s next expansion, Gathering Storm, is Canada, under prime minister Wilfrid Laurier.

Canada’s unique ability is Four Faces of Peace. This completely prevents you from declaring surprise wars, or wars against city-states. However, you also can’t be targeted by surprise wars, and you get one diplomatic favour for every 100 tourism. You also get +100% diplomatic favour from successfully completing an emergency or scored competition (like the World Games).

After a year of cruel hegemony over the prestigious ‘most stereotypically perfect unique improvement’ category, Scotland finally has competition: Canada’s improvement is the Ice Hockey Rink. It can only be built in tundra or snow, and only once per city, but provides appeal and amenities, plus culture based on adjacent snow and tundra tiles. The flight tech adds tourism, while the professional sports civic adds production and food. It provides further culture if adjacent to a stadium.

Canada’s unique unit is – of course – the Mountie. It’s a light cavalry unit with the ability to establish a national park, and which gets a combat strength bonus when fighting near national parks (even more so if they’re Canadian-owned).

Finally, Laurier’s leader ability is the Last Best West. This enables you to build farms in tundra, and even tundra hills with the Civil Engineering tech. Snow and tundra tiles also yield double consumable resources, and can be purchased for less. 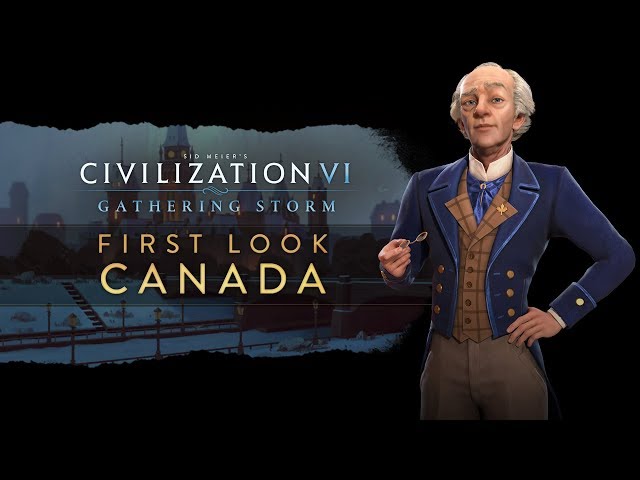 The Civ 6: Gathering Storm release date is February 14. If you missed any of the news or other civ reveals so far, hit that link, where you’ll find everything else we know so far.

As you can clearly see, Canada is very strongly geared toward the culture and diplomatic victories. Beelining to either one will give secondary progress toward the other, so you can pivot freely between the two depending on how things are going. In so doing, you can – and indeed, probably should – exploit the snow and tundra tiles that are close to useless to everyone else, and so likely to be uncontested.