The Civilization 6 October 2020 update is due to launch on Thursday, October 22, and the devs have provided a look at what to expect from the new content. The new game mode this time around brings back a taste of a different set of classic Sid Meier strategy games in the form of a pirates scenario.

The pirates scenario is a new mode for one to four players, which challenges you to find riches on the high seas with one of four factions, each with unique active and passive abilities: the Dread Pirates, Privateers, Swashbucklers, or Hoarders. British, Spanish, French, and Dutch AI factions will try to take you down along the way. The scenario has new art to give it a tropical feel, and you can play on either a handmade map or a procedurally-generated one.

Relics you find out on the sea will offer unique buffs, like letting you reduce the movement speed of enemy ships when you attack, or reducing the maintenance cost of all your units. 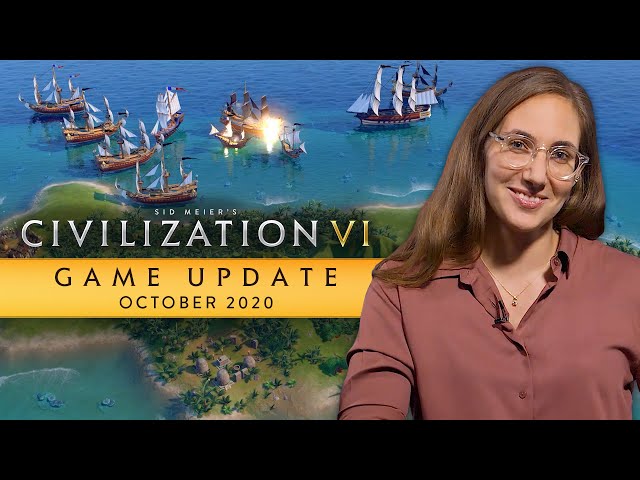 The update also features a number of balance changes following player feedback. The recruit partisans espionage mission now pillages the district to prevent spamming the ability, and only spawns anti-cavalry units. Certain features now scale with game speed where they didn’t before, including diplomatic favour.

On top of that, there are a bunch of AI improvements. The value of diplomatic favour has been reduced for AI. AI will now have more desire for certain wonders including the oracle and pyramid. They’ll now more promptly repair city defenses, and will be less likely to build over districts with holy sites when the leader doesn’t have a religious focus.

The balance changes will also include updates to the first two DLC packs, including changes to Gran Colombia, though we won’t get details on those until closer to the update’s release.