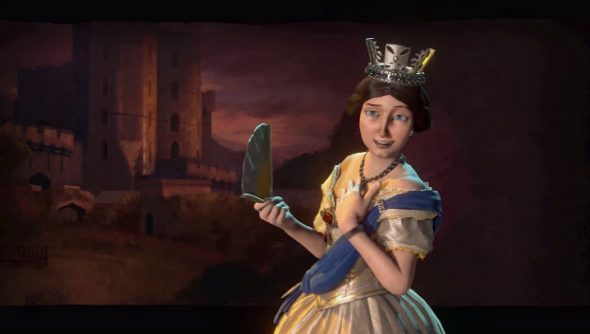 Civilization 6 takes us back to a time when England was aggressive to foreigners and was worried only about its own interests, taking as much as it can from distant lands without giving anything back. A little bit like now, really.

For more tactical xenophobia, check out our list of PC’s best strategy games.

During the Victorian era, England was feared for its naval fleet, with facilities dotting the globe that were capable of refitting and repairing any of its battle-worn ships. Civilization 6 attempts to replicate this time, offering an England at the height of its foreigner-slaughtering capabilities.

England’s unique district is the Royal Navy Dockyard, which provides bonus movement for units built there, bonus gold for Dockyards on other continents and Great Admiral Points.

The nation gets two unique units to help bully forces overseas, too. The Redcoats are an infantry unit that’s more effective away from home, while the Sea Dog allows you to capture enemy ships and overpower them early on.

Here’s a video detailing England as it appears in Civilization 6: