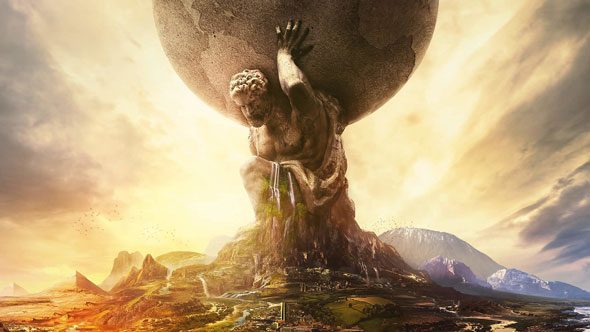 A Civilization VI leak appears to have revealed that the game’s second expansion will be called Vesuvius, and will bring new water-based districts to the game. The leak first appeared earlier this week, and further evidence has come to light since then.

If the leaks are correct, the new expansion (following on from this year’s Rise and Fall) will be named Vesuvius. Despite its volcanic namesake, however, this seems to be something of an ocean-going expansion. The leaks feature a figure confirmed to be a representative of the Polynesian civilisation, who populated the Pacific islands, as well as images appearing to depict an oil rig, an offshore wind farm, and a third district that looks like some sort of ocean-based biodome.

The images first appeared on 4Chan, and have since been posted to Reddit. They appear to be photos taken of print-outs of the images, one of which contains “Civilization VI: Vesuvius” branding. The original thread states that the new expansion will released early next year, on February 14, 2019.

That thread contains plenty more speculation on the leaks, including the suggestion that the link to Italy via Vesuvius (the volcano that wiped out the ancient city of Pompeii) might mean the introduction of canal districts. At this point, however, everything is purely guess-work, and a lack of any official confirmation from Firaxis means I’d suggest taking this whole thing with a pretty large pinch of salt. We’ve reached out to the developers for more information, and will update if we learn more.