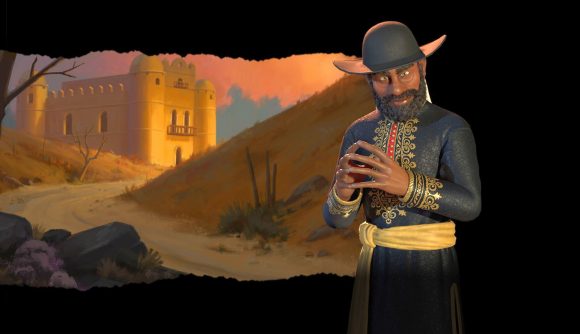 In the brand-new trailer included below, the Ethiopian leader is described as “best remembered for fighting off European powers, modernising the nation, and ending slavery,” establishing the country as “a bastion against colonialism”. The civ “focuses on cities built on hills, generating faith, and using Menelik’s ‘council of ministers’ ability to boost science and culture,” a press release adds, and it seems that Ethiopia’s strengths are tied to this ability.

“Ethiopia can purchase archaeology museums and archaeologists with faith,” it continues, explaining that the leader gains additional culture and science based on cities’ output of faith – if they’re founded on hills, that is. Additionally, Menelik II’s units also receive an extra dollop of combat strength when their fighting takes places on the strategy game’s hills.

“The Oromo cavalry has improved combat strength and sight,” the release explains, “and suffers no movement penalty for moving on hills,” while the leader’s unique tile improvement – which is called “the rock-hewn church” – is only able to be constructed on hills or volcanic soil. 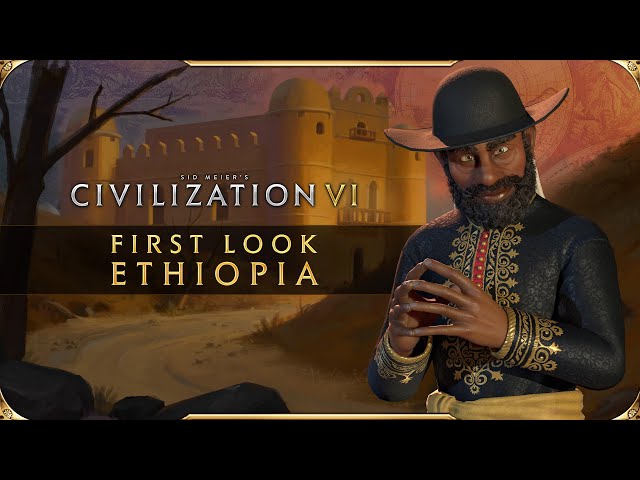 If you do build it, the improvement “provides faith with extra faith from mountains and hills and can only be pillaged, not destroyed, by natural disasters”. Once you’ve hit the books and researched flight, rock hewn churches can provide tourism, too.

As the clip reveals, the civ’s core focus centres on a religious, defensive, and culture-based gameplay – and claiming hill tiles early on for your cities will stand you in good stead.