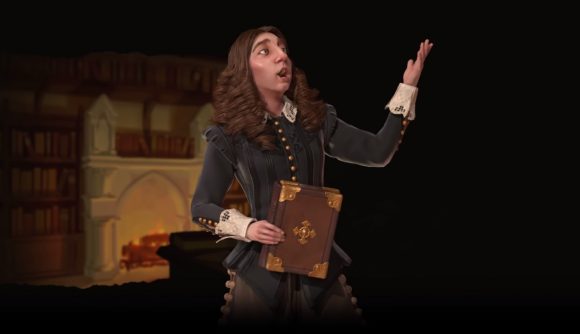 Epic’s massive giveaway of Grand Theft Auto V was not the last of the store’s high-profile free PC games – now you can get Sid Meier’s Civilization VI for free on the platform. The back-to-back giveaways of GTA 5 and Civ 6 also lend credence to a leaked list of free games that have been making the rounds, so we likely know what to expect for the next two weeks, as well.

You can head to the Epic Games Store page to claim Civilization VI for yourself. It’s available until May 28 at 8:00 PDT / 11:00 EDT / 16:00 BST, and once claimed, will remain in your library forever. This free release does not come with any DLC, but you can upgrade to the Platinum Edition – which contains every paid update aside from the new Frontier Pass – for $39.99 USD, or even less if you still have the coupon from the GTA 5 giveaway.

A leak on Reddit correctly predicted that GTA 5 would be followed up by Civilization VI, and if the prediction remains correct, we’re getting another 2K-published favourite on May 28 with Borderlands: The Handsome Collection. Then, on June 4, we’ll see the free release of Ark: Survival Evolved.

We’ll soon see if the second half of the leak pans out, but for now, you’ve got several hundred hours to lose to one of the best strategy games on PC.

There are great free Steam games out there, too, if Civ 6 isn’t quite what you’re looking for right now.