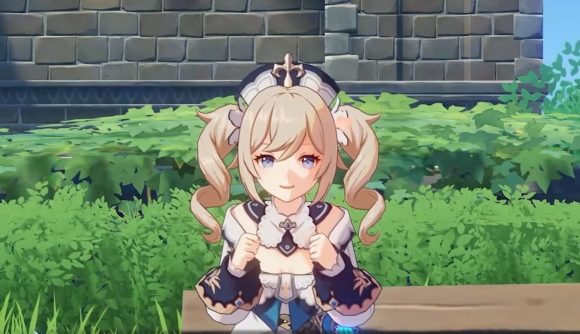 Every time I open Facebook, I see advertisements for T-shirts that blend one humongous pop culture phenomenon with another humongous pop culture phenomenon. Jules and Vincent from Pulp Fiction, except they’re stormtroopers from Star Wars, for example. Well, this Civilization IV mod is in that same vein: it adds Genshin Impact’s nation of Mondstadt as a playable civ in the massively popular 4X game.

Genshin Impact – Mondstadt by Kevin Liu is an impressive piece of work, it turns out. With Mondstadt, you get three Genshin Impact characters as leaders: there’s Fischl, Barbara, and Noelle. The civ has its own unique district, the Knights of Favonius Headquarters. This replaces the Government Plaza, and it has an outer defence and provides bonus amenities during peacetime.

You’ll be able to give the mountains, rivers, and lakes you discover names that would fit right into the world of Teyvat, and the barbarians that spawn in will appear as Genshin Impact’s Hilichurls. There’s even a working Statue of the Seven, where units can go to receive instant healing.

Head to the Genshin Impact – Mondstadt mod page on the Steam Workshop to subscribe to and install the mod. It’s a sizable download, since it also includes 40 minutes of background music taken directly from Genshin Impact that the mod will intersperse with the rest of Civilization VI’s soundtrack. Mercifully, Paimon will not sing Baba Yetu in this mod.