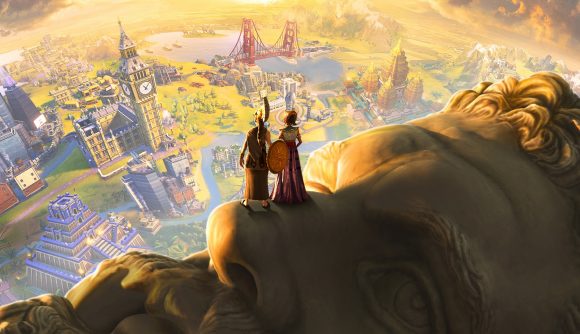 As of Civilization VI there are now six different ways to win a match in the popular strategy game; domination is the classic, but you also have score, science, culture, diplomatic, and religious victories. Everyone has their favourite victory type, and most Civ 6 civs will lean into one or two of these playstyles, but what about player’s least favourites?

Civilization fans on the r/civ subreddit have been voting on their least favoured victory condition. At the time of writing (with the poll at over 4,000 total votes), the religious victory currently stands as the one everyone dislikes the most with over 1,000 votes. Diplomatic and score essentially tie for second place, domination is third, and then culture and science bring up the rear.

While the poll’s original poster – user gmxsnip3r – dislikes domination the most, user Playerjjjj gives a more in-depth reasoning as to why they voted religious: “It’s just. so. damn. tedious. Unless you choose missionary zeal as one of your beliefs your inevitable swarm of apostles will be an absolute nightmare to corral,” they explain. “The only somewhat interesting thing you can do with religion is manipulating diplomatic visibility to gain combat bonuses.”

Other responses mention instances of winning other victory conditions by accident, such as winning via diplomacy or culture even though that’s not what the player was aiming for.

Which is your least favorite win type? Comment why! from civ

It’s also interesting to note that, while science received the lowest numbers of votes, it’s a generally held view that this is the least interesting win condition as strategies typically involve boosting science yields and playing a passive game while you race up the tech tree. Victory conditions can be turned off during set up in Civilization games, including Civilization VI, and the newest entry has done a lot to focus more on victory conditions across various aspects of the game’s design.

This is illustrated by our recent chat with Civ 6’s lead designer Ed Beach, on the subject of endgame design in strategy games: “you see that as you come to the end of our technology and culture trees,” he explains, “the options present in the Future Era are very carefully designed to power you towards a specific victory.”

Victory conditions in general have changed a fair bit during the series’ lifespan. Civilization VI was the first game to include the religious victory type, but it only included diplomatic victories (which have been part of the series since Civ II) with the Gathering Storm expansion.

Civilization VI is currently in limbo as we wait to see what Firaxis does next. The year-long New Frontier season of content ended with the April balance patch, and the studio has not committed to what it wants to do next, whether that be more Civ 6 DLC or Civilization 7.