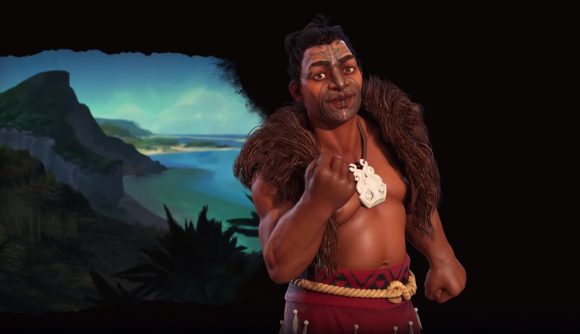 There are plenty of reasons why a game could crash. Maybe your rig isn’t actually up to the task, maybe the game was poorly designed so it’s still riddled with bugs… or maybe it just can’t handle the truth, as seems to be the case regarding a Civilization VI bug that’s recently surfaced (the image below is NSFW, folks).

User Nerodmc posted a screenshot of something that recently caused their game to crash on the strategy game‘s subreddit. A shot from the diplomacy screen showing Kupe – the leader for the Maori in Civ 6 – naked as the day he was born. Well, aside from the fact that he doesn’t appear to have any genitals.

It seems leader models not only have clothes as an independent graphical asset, separate from their bodies, but also that the body itself is left largely featureless. This truth was apparently too much for Nerodmc’s computer, because it caused an ‘unhandled exception’ that crashed the game. The specific error was ‘exception_access_violation’, if you’re curious. I wouldn’t care to speculate what happens if this graphical bug triggers with a female leader, but we can guess there’d be similar results. So, Civ 6 leaders are basically like Ken dolls. You truly do learn something every day.

If you’re interested in taking a gander yourself, here’s the thread:

Kupe showed up like this and crashed my game. from civ

It’s possible it will be deleted at some point, as a commenter noted that at least one other thread in the past has been posted on this bug. It was deleted because it broke the subreddit rules. Not the one on NSFW content, but Rule 4: “Post is a common graphical glitch”. Here’s the original screenshot to preserve the truth in the name of public interest: 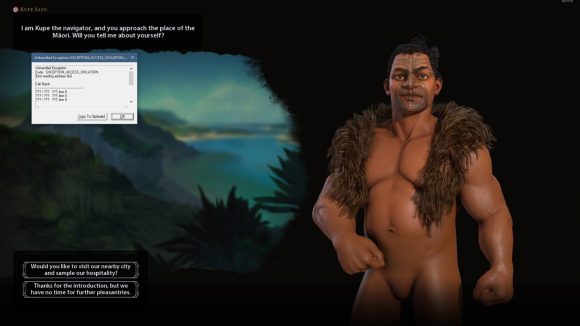