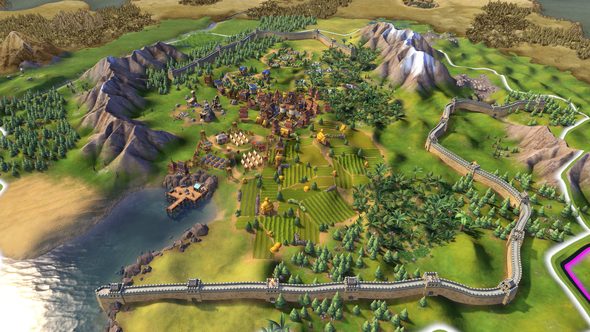 Civilization VI will finally allow the passive aggressive players among us to triumph over our peers through the most pious of pursuits: religion. Rather than have to resort to building an army as well as a strong economic and theist backbone, you can now simply whine to others about how your god is the right one until they give in! We sent our dearest Matt to Germany to find out more, something he was very obliging to do though he did leave lots of post-it notes around the office before he left.

“To win a religious victory you’re going to need to get over half of the major civilisations following your religion,” says producer Sarah Darney. “So you do this through spreading your religion, through missionaries and apostles and defending your own territory through inquisitors.”

The theist path to victory then sounds a lot like it functions as a similar model as warfare itself, with its own specific types of unit for various situations regarding hostile religious takeovers. Darney went on to discuss more of the units themselves and their unique applications.

“Apostles are such a cool unit,” she says, “missionaries are great for when you’re just starting out and you’re just beginning to spread to people, but once other people already have religions and you need to get out there and defend your beliefs, the apostles can engage in theological combat.”

Expect to see monks throwing books and scrolls at each other when Civ makes it to our screens this October 21. If you want more of the skinny on Gamescom, we’ve got literally tens of videos on the YouTube channel so head on over and take a look. Maybe even smash that subscribe if you like what you see.