It’s safe to say that the endgame is the hardest part to get right in strategy games, as it’s an area full of design contradictions. As Civilization VI’s lead designer Ed Beach points out, “you want to reward players who are making smart decisions during their course of play,” but at the same time, Civilization (and plenty of other 4X games) suffer a common complaint: those smart decisions usually result in the player ‘snowballing’, and becoming so strong that they’re able to defeat almost any AI opponent.

There are other issues as well. Sometimes, if an AI faction is left in isolation to snowball themselves, they can become too powerful for the player to deal with once encountered. More often than not, though, human ingenuity and the inherently exploitable nature of strategy games means that challenging the player into the endgame, in a fair and meaningful way, is the true final boss for designers in this genre.

The Civilization series has tried to solve this problem through asymmetric victory conditions. In Civilization VI, most civs are able to flex into a second victory type in case they get muscled out of plan A. “To that end,” Beach explains, “you see that as you come to the end of our technology and culture trees, the options present in the Future Era are very carefully designed to power you towards a specific victory.”

That requires players to actually get to the end, though. Even after the big April balance patch in early 2021, many feel the endgame of Civ VI is still in need of some TLC. Humankind, as another historically minded 4X, is aware of and prone to the same problems – Rich found them particularly acute in his latest hands-on with the game.

“The ‘economic snowball’ problem is pretty endemic to turn-based strategy games,” says lead designer William Dyce. “It’s always at the back of our minds. Right now we’re looking to improve things in Humankind on two fronts: on the one hand we’re working on pacing and balancing to prevent empires’ economies, be they AI- or human-controlled, from snowballing too much.

“On the other hand we’re working on improving the AI so that it is better able to keep up, and also so that it is able to recognise when one empire has gotten too far ahead, and subsequently gang up on that empire.”

Humankind also has it’s own ideas on how to tackle the idea of different playstyles. While your civilisation’s areas of focus are comparable to Civ – production, military might, culture/influence generation, science etc – they aren’t connected to specific win conditions. Instead, everyone is chasing a central ‘Fame’ score, with all players able to compete over the same ‘era stars’ to try and claim the points that count for the final victory. 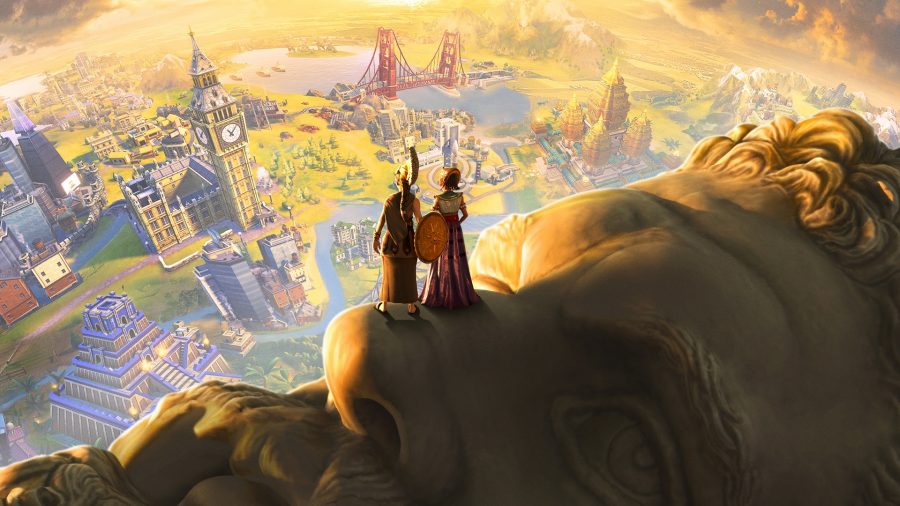 This allows you to flex across different victory conditions even more freely than in Civ, but precisely because of this, could limit the potential for losing factions to catch up by committing to a neglected one. Even grand strategy games, specifically Paradox’s stable of real-time epics, aren’t immune to this problem. “The AI often can’t keep up with the growth of a high-skill player,” comments Stellaris’ game designer Stephen Muray, while Crusader Kings III’s game director Alexander Oltner acknowledges that “we’ve previously run into a problem where certain systems lose their meaning because of the player’s immense power.”

The Total War series has been dealing with the so-called ‘paint the map’ problem almost since its inception, so developer Creative Assembly has long been experimenting with different ways of dealing with the endgame. In Shogun 2, it was called Realm Divide, which Three Kingdoms’ game director Jack Lusted describes as “a tipping point where essentially you hit a point of progression and all other factions would turn against you apart from maybe loyal allies.”

Three Kingdoms, similarly, splits all factions three ways when someone is able to claim the title of Emperor, elegantly tying the endgame challenge to the source material and its narrative of three kingdoms warring for control of China. The Total Warhammer games have taken a different approach. In Warhammer I, the player was challenged to defeat an overwhelming endgame invasion, similar to the Huns’ arrival in Total War: Attila or the Norman/Viking invasions in Thrones of Britannia. In Warhammer II, the Vortex campaign provides a central win condition in which the most powerful faction can still lose if a rival completes it first. 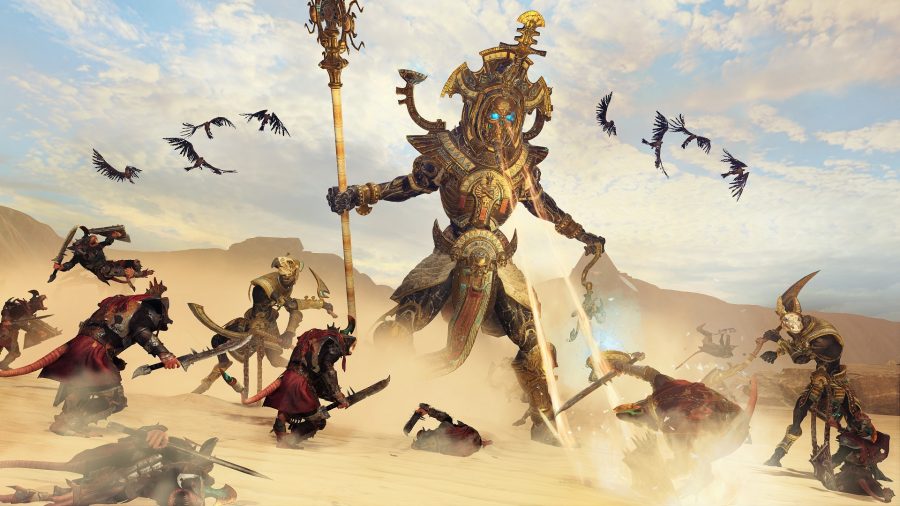 “This moved the endgame from a direct threat of size of other factions to one of time pressure,” Lusted says. The most powerful faction is usually still best placed to complete the Vortex quest, but as long as a rival is earning any amount of ritual currency, they’re never quite safe.

Total War will continue to experiment with unique endgame challenges in the forthcoming Warhammer III, but as with Humankind, Lusted reminds us that the need for sharp AI is universal in strategy gaming. “Having the AI change how it plays on different difficulty levels is something that was a big change for Three Kingdoms and an improvement there, though we still deal with the same old issue of rising player power.”

There are other avenues worth exploring as well, ones that don’t just concern ‘winning’. Stellaris’ game director Daniel Moregard points out that “one big thing [strategy games] haven’t really solved is teaching the player that ‘it is ok to lose’ or that ‘losing can be fun’.” 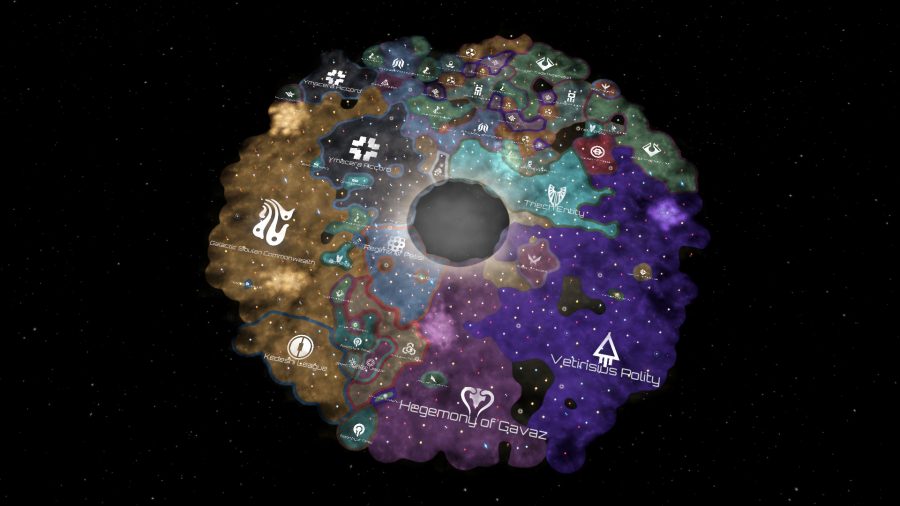 While even Paradox games still sometimes struggle with the concept, they are much more suited to this kind of alternative thinking. Paradox veterans wouldn’t really recognise the concept of ‘winning’ a game of Crusader Kings or Europa Universalis – sure, there are game states that amount to the same thing, but there are no hard-coded ‘victory conditions’ – no science victory, no culture win. Even if you manage to dominate the entire map, nothing actually happens unless there’s an associated achievement.

The core of the ‘losing is fun’ theory is that the game is meant to enable you to simply play the best game you can, and enjoy it the way you want to. It’s also supposed to give the player options for a meaningful experience, even if things don’t go their way all the time. If you lose a major war, you can spend some time as a vassal, plotting your revenge.

A game of Crusader Kings III can last hundreds of years – you’re not meant to be on an upward trajectory the whole time, but to experience an arc. It’s a harder concept to realise in Total War or Civ, in which the focus is on enabling the player’s ascent while still trying to give them a challenge (or not – I don’t know if you’ve seen the latest Warhammer 2 DLC…). 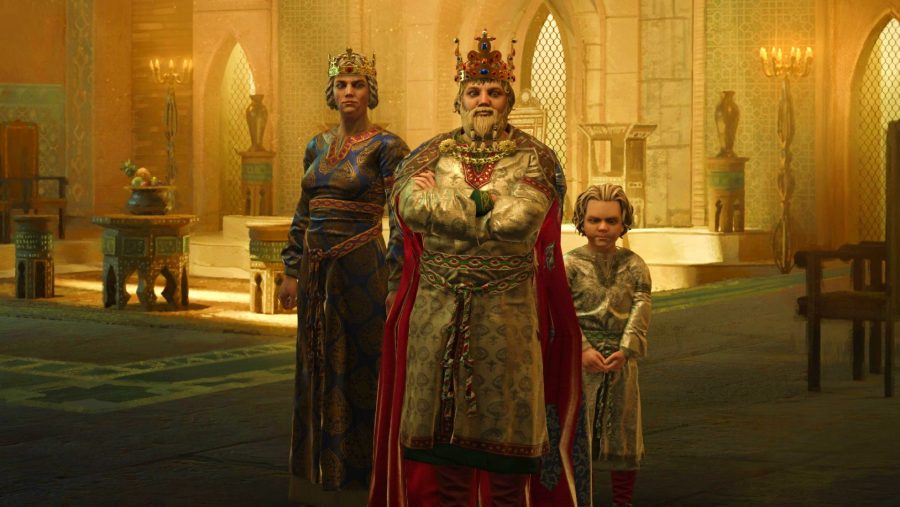 A common theme emerging from the discussion so far is that, the longer a session goes without some major intervention from the game itself, the higher the chance of a stale endgame state in which the player is simply counting the days or turns to victory. Civilization’s attempts at mitigation via multiple victory paths exacerbates the already fiendish challenge of balancing these complex games as not all victory types are created equal.

The longer a session goes without major intervention, the higher the chance of a stale endgame

We’ll need to wait until Humankind’s release next month to evaluate its solution, but it’s hard to see how equalising victory paths can contain players’ potential to snowball and conquer them all.

Total War and Stellaris specifically try to inject some kind of ‘scenario’ structure towards the late game – something that either fits the theme, or simply allows the game to take note of the situation and throw players one last challenge before they declare themselves the winner. Even these are not perfect, however. If you spend any amount of time on the Total War subreddit, you’ll see regular threads on players completely stomping endgame crises because they were so powerful by the time it triggers. 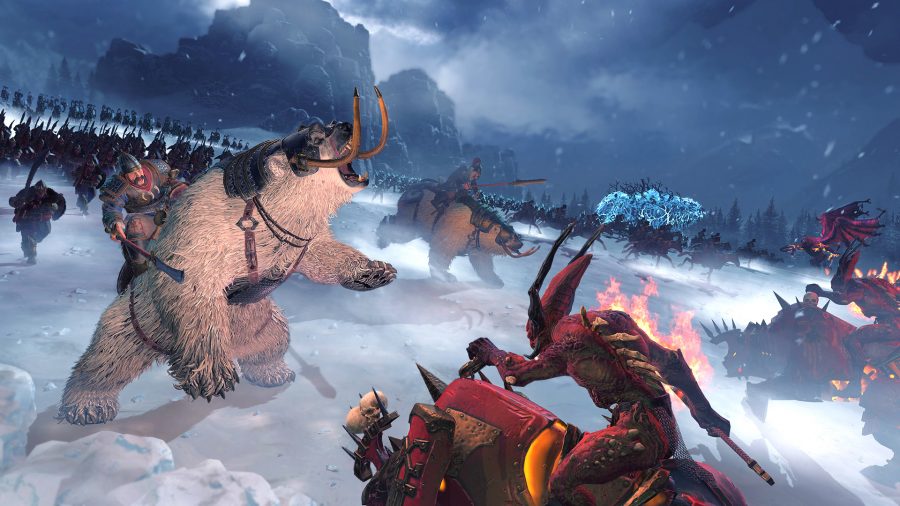 Even Stellaris’ endgame crisis scenarios took years to get right, with the Nemesis expansion taking the galaxy-brained decision of just allowing the player to own the fact that they’re a perpetual menace and become the crisis. The sci-fi grand strategy game probably has the most comfortable endgame set-up right now, except that it’s mid-game is still underwhelming – you win some, you lose some.

The fight for the endgame is nowhere near being over, and as trite as it may sound, it’s clearly hard. Each game we’ve explored above has featured a solution that fits its own themes, but there are nuggets of a unifying theory that may save us all from ourselves, and lead to a new golden era of strategy games.

If we were to suggest anything moving forward, it would perhaps be for studios to be bold with their endgame design choices and embrace radical interventions that unabashedly rewrite the rules in the final act. It’s unlikely that something experimental would make the situation any worse.