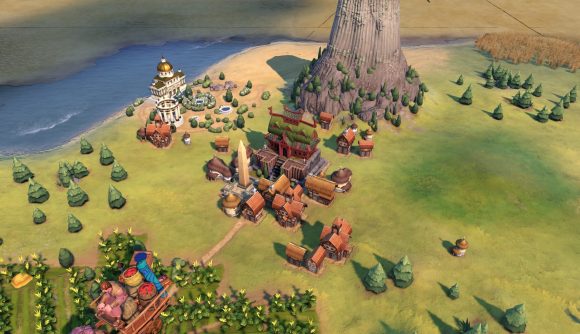 Civilization VI is one of our favourite strategy games, and when it comes to Civ 6 mods Sukritact is one of our – and the rest of Civilization community's – favourite modders. They’re back again today, not with a new creation, but with an update to an older mod – Iceland.

Originally posted back in 2018, this introduces Iceland as a playable faction along with its own leader, Ingolfur Arnarson. In Sukritact’s own words, before now the civilisation was “was mostly good before, but with Gathering Storm, they became a bit bloated since I had just tacked on volcano and geothermal vent bonuses as an afterthought at the time.”

Sukritact has now given the mod an overhaul with new abilities and model art for their unique districts. The Lawmaker unit has also been designated as a unique unit for Iceland, instead of being a generic unit like before. Sukritact hopes this will ensure the AI makes better use of them. If you don’t have the Gathering Storm expansion, you only get the unique abilities of Iceland and Ingolfur, and not the unique unit and district.

Before this, Sukritact released a mod that made the oceans feel more alive, and we can’t wait to see what else they have in store for the game.