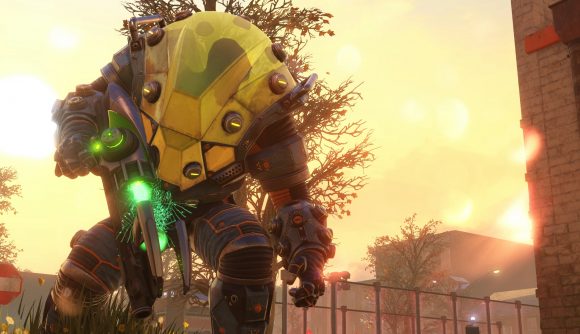 A group of former Firaxis developers has just announced a new studio. Called Bit Reactor, the studio will focus on the same sort of “turn-based tactics” games its founders are known for, with a focus on “high-end production values, riveting storytelling, and innovative design”. Bit Reactor already has unannounced games in development.

In a press release, co-founder and CEO Greg Foertsch says that Bit Reactor has “assembled an amazing group of talented, experienced and dedicated game developers to inject rich storytelling, immersive presentation and rock solid game mechanics to give this genre it’s rightful time to shine – a golden age of turn-based games is upon us.”

Bit Reactor’s announcement materials focus heavily on the team’s experience on XCOM, but members of the studio have also worked on the likes of Civilization and Elder Scrolls Online. Foertsch himself worked at Firaxis for over two decades, and served as art director from 2005 to 2019 on everything from XCOM and XCOM 2 to numerous games in the Civilization series.

Firaxis itself is currently at work on Marvel’s Midnight Suns, which after a delay is now due to launch later this year. Job listings have strongly suggested that Civilization 7 is getting underway at the studio, but there’s been no official confirmation of development yet.

For more strategy games to check out in the meantime, you can follow that link.