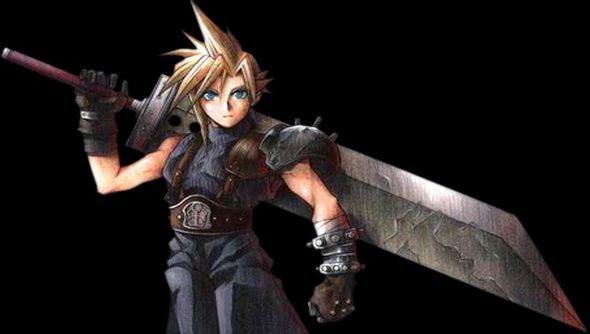 You might not remember, but Square’s ancient RPG Final Fantasy VII was actually released on the PC in 1998: Square Enix are banking on you not having a copy, as they’ve been caught sneakily preparing for a re-release.

A user on gog.com caught Square’s behind the scenes activity: they registered a domainand for a brief period that site displayed all the relevant information before being hidden behind a log-in. As is the way of these things, Google snapped a cache that can be perused here.

Final Fantasy VII is a giant RPG, and was one of the defining games of the 90s. It has nine playable characters fighting to defend the planet Gaia, in a mixture of roaming adventure and turn-based tactical battles. The hair is ludicrious hair and the swords tower over the characters.

The update will include 36 achievements, which suggests this particular update will be coming through Steam. Don’t expect anything other than a port: the game was re-released in 2009 on the PlayStation Network for the PS3, and if they don’t update it for Sony they’re not going to do it for the PC. This wil be the same game again, but with cloud saving, a few social network features built in, and some sort of legitimised cheat system that lets you boost your character’s skills.