My burgeoning colony, the first of many I’d build in Gaslamp’s building and management and eldrich horror sim, Clockwork Empires, was off to a cracking start. Trees were transformed into wooden planks by factory workers. A small field was being ploughed. Berry pickers picked. People seemed happy.

Then the fishpeople came. They maimed. They killed. They ruined my field. My colonists discovered fear. They began uneasy conversations about death. And murder. And hunger. Starvation set in. Mrs Cogsprocket ate the corpse of a worker who had starved to death.

Clockwork Empires has a hint of survival horror about it.

It doesn’t start that way though. It starts with a bunch of quirky colonists – all with their own backgrounds, thoughts and memories – and a big pile of supplies. From there, it’s about meeting the needs of these adventurous citizens of the Empire.

A storage yard has to be made to organise all these supplies and buildings have to be slapped together with wood and brick so that resources can be refined. A kitchen to turn food gathered by foragers and farmers into something more delicious. A carpenters to turn logs of wood into planks. A pub so everyone can get rat-arsed.

Buildings start of as a blueprint, and can come in whatever shape or size you fancy. Objects both practical, like a stove in the kitchen, and cosmetic, like paintings, can then be applied. Workers then need to actually build the thing, gathering the resources from the storage yard (or wherever they might be lying around) before hammering them into something usable. 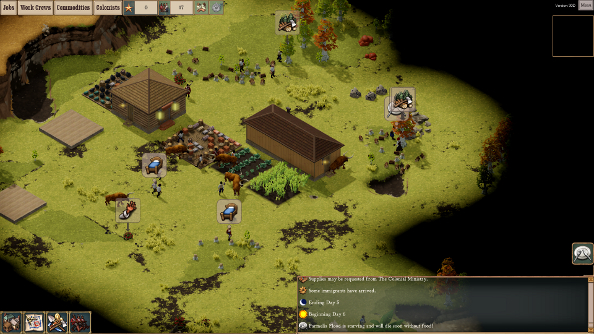 These busy little men and women are mostly automated. They join work crews, often with wonderful names like Mr. Flood’s Pleasing Cogs, and perform whatever tasks are open. Crews can take over buildings, as well, toiling away to produce food and building materials. And much of the time, they can be left alone to get on with their jobs.

Well, they can if they aren’t sleeping, starving, going mad, running from monsters or just being plain lazy. The colonists are meant to be a reactive bunch, the sum of their fears and dispositions. But eating well, having access to booze and having nice people to chat with ensures that they usually get on with the task at hand. But that’s mostly because they don’t have anything else to do.

What Early Access means really depends on the game, and in the case of Clockwork Empires, it means the foundations are there, but there’s not much on top of them.

You can build proper, mostly functioning colonies quite easily. But that’s possibly the least interesting aspect of Gaslamp’s potentially weird and wonderful experiment, especially since these buildings are small in number and most of them serve quite mundane purposes. 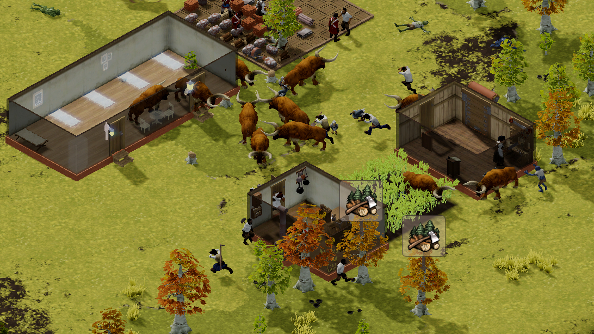 That doesn’t mean it’s not enjoyable – if you like building and management games, as I do, then Clockwork Empires offers some compelling features, particularly when it comes to customising factories and homes or learning about the colonists themselves.

A kitchen, for instance, can be a tiny building with one stove and a table. Or it can be a massive factory, with walls lined with large, industrial ovens and many tables where workers gather to create new delicacies, like caviar, which is actually fishpeople babies. No wonder they are so full of hate.

Clicking on colonists reveals their hopes, dreams and proclivities. You can learn about how they left their old life behind, what they think of this new world, what their last conversation was about and what bizarre things plague their thoughts. They might be monarchists who had a bumpy ride to the colonies or angry militants who are morbidly curious about how long-pig tastes. And the writing is absolutely wonderful, sitting somewhere between Lovecraftian unease and outright silliness.

However, even these elements are still rather limited and rough.

Building can be maddeningly fiddly. It’s not forgiving of mistakes, and object placement is a pain in the bum thanks to the game requiring lots of clicks to do even very simple things – like placing more than one bed.

And bloody hell does the running of a colony require an endless amount of micromanagement, which is odd when so much is automated. Carpenters won’t make wooden planks unless you tell them to make x amount of them. Foragers won’t look for berries unless you actually tag a bush full of them. Worse, because every worker needs to be part of a group, even when an individual is idle, they won’t go and build something you desperately want them to if the rest of their group is off baking some more flipping bread. 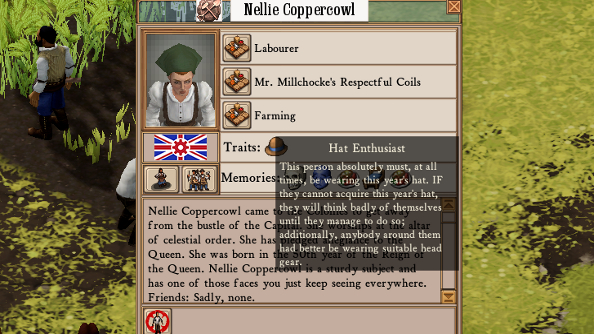 Right now colonists are a little boring, too. They have all these lovely traits and backstories elevated by top notch wordsmithing, but only a few of them have a tangible impact on the game. If they see a corpse and realise they quite like corpses – as is their wont – this memory or trait will appear on their character sheet, but it won’t actually result in any meaningful interactions.

It’s still very upsetting when they are lost to starvation or the frequent, savage fishpeople attacks, of course. And if their corpse is left out in the open, it will unsettle the other colonists – though this doesn’t seem to actually serve a purpose at the moment. Regardless, I still create graveyards, because I’m nice like that.

Gaslamp is being commendably transparent. There’s a page dedicated to the game’s progress, where you can see exactly what’s in the game, what’s close to implementation and what they are saving for the future. Unfortunately, most of the properly fun things fall into the latter category. 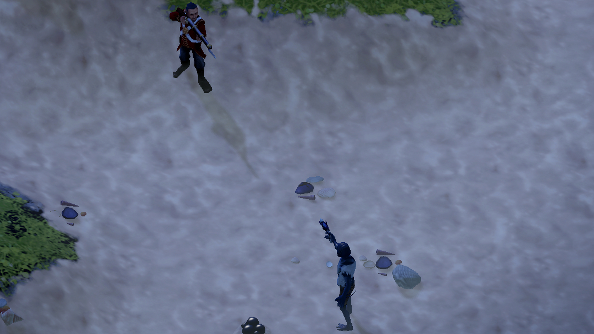 The intrigue, evil cults, Elder God artifacts that drive people bonkers and bizarre steampunk vehicles – these are all being developed and have yet to be introduced into the Early Access version. It’s very exciting, and I really cannot wait to see how Clockwork Empires grows. I have a feeling it’s going to be something rather special.

Right now, though, it’s only a faint outline; a ghost of a very interesting game. One that until recently didn’t even have a working save feature, and often still doesn’t. And there are many a progress halting bug, requiring abandonment of a colony. Even now, I can’t play for more than half an hour unless I’m on the experimental branch. But when I think about what’s to come, I can’t help but want to play again.