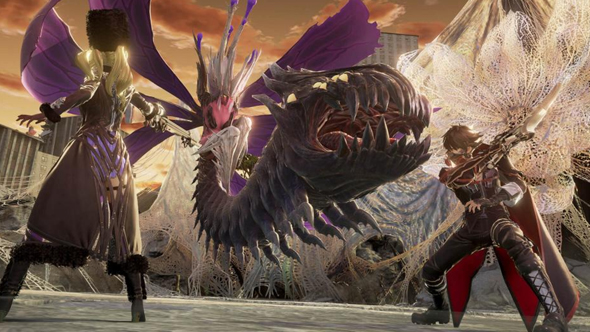 Code Vein, Bandai Namco’s next soulslike, has been delayed from September 28 this year to an as-yet unspecified date in 2019. The publisher says the game’s marketing and early playtests have set exceptionally high expectations among fans and media, which it wants to take additional time to be sure of meeting.

According to Bandai Namco marketing exec Eric Hartness, “Code Vein has received an enormous amount of positive feedback” from selected fans during hands-on testing over the past nine months. “Armed with knowledge of how well the game has already been received, we made the decision to postpone the release of Code Vein to further refine its gameplay in an effort to exceed the expectations fans already have of the title.”

Disappointed? Check out the best games like Dark Souls that you can play on PC.

Announced in April last year with an impressive animated trailer that wound up looking nothing like its actual gameplay, Code Vein is a clear attempt by Bandai Namco to fill the yawning void that Dark Souls leaves in its portfolio. Souls developer FromSoftware has partnered with Activision to distribute its latest major release, Sekiro: Shadows Die Twice, which is due in spring next year.

Code Vein is confirmed to be coming to PCvia Steam. If you need catching up, it’s a gothic anime soulslike set in an urban post-apocalypse. Desolate cities are enfolded by menacing thorns, and a plague of blood-thirst has spread throughout the people, turning them into ghouls known as the Lost. You are a Revenant – a vampire-like warrior who has not yet succumbed to said blood-thirst – and your job is to fight back against the Lost.

You’ll be able to craft a character, utilise various weapons, items, and skills to determine your fighting style, and will (optionally) be joined by AI companions with specialised abilties and personalities.