The Comanche games have a history – one that spans almost 30 years – yet Comanche (2020) will be the first instalment of the famed helicopter battler in 19 years. The games focus on the bracing aerial combat of the RAH-66 Comanche attack helicopters, thrilling players with threats from all angles and death-defying manoeuvres in name of destroying enemy choppers. This year, Comanche is making a comeback, and this time it’s a little more modern – beyond modern, in fact.

Set in the near future, the new Comanche will let you complete tactical missions of international importance in a single-player mode, or you can go head to head with other players in multiplayer modes. Think Top Gun but for helicopters – Wings of the Apache perhaps. But because it’s the near future, this game introduces drones – one of the ways modern warfare is currently heading.

We spoke to some of the minds behind the aeronautical title – gameplay developer Stefan Schwarzien, lead map designer Danijel Kostadinoski, and lead game designer Hien Quy Tran – about the Comanche revival. How they’ve crafted the experience, and how it’s really taken off. Get it? Like a helicopter takes off? Seems our jokes just don’t fly these days. Stop hovering over that close tab button…

Anyway, as with all the games in the conveniently named Making it in Unreal series, Comanche is being developed using Unreal Engine 4. “We had previous experience with working in the Unreal Engine,” Schwarzien says, “and it has rich resources and documentation which is a big benefit for developers. Another benefit is that it has frequent updates with major improvements – although that can be a blessing and a curse at the same time. Deciding on and investing the time to upgrade was always a challenge.” 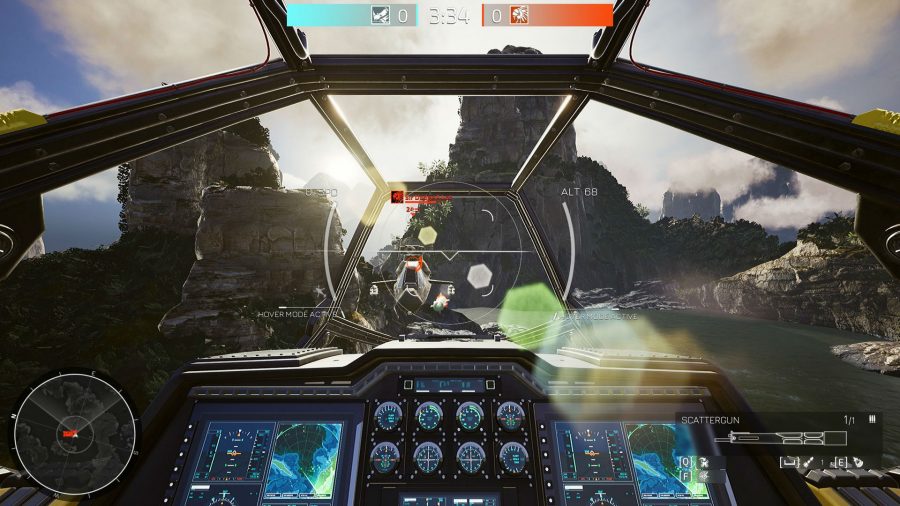 However, upgrading wasn’t the biggest challenge the team faced when developing the game, rather, source control was. Source control is the process of making sure developers are coordinating asset development. Without it, more than one person may be working on an asset at a time, creating all sorts of issues further down the line, and duplicating work.

this project posed a lot of unique challenges

“One of the biggest, and continuing, problems is with using source control with binary assets and conflicts especially when working with branches,” Schwarzien tells us. “It requires strict feature ownership and communication to not accidentally work on the same assets in parallel.
UnrealSCM [source control manager] did help alleviate some of the problems with managing assets throughout our team.”

Another reason the team chose to use Unreal Engine 4 was because they had used it previously to develop a space-based game and a multiplayer FPS. “We got our fundamentals with vehicle movement and netcode at that point, while also acquiring general knowledge about the engine’s feature set and code base”, Schwarzien says. “Of course, this project posed a lot of unique challenges, but working on those previous games helped us make some good technical decisions.” 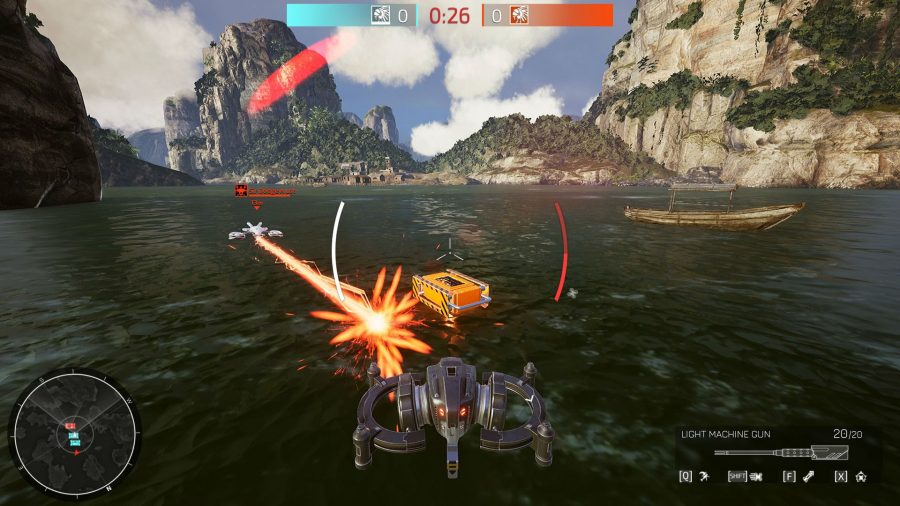 The team’s vehicle movement chops are on show in the intense helicopter and drone dogfights which permeate the game. Schwarzien says that the two vehicles’ designs are more different than you might think. “Both vehicles employ the same fundamental physical building blocks, and we decided to implement our own physics behaviour to have more control over how forces interact with each other. The drone and helicopter use the same framework for their movements, But while the drone has very simple six-axis movement, the helicopter has many more complex interactions and rules depending on how it is angled, in which direction it’s travelling, what inputs are being pressed, and, of course, we need to have that behaviour unified and feel great on all possible input devices.

We tried out several concepts for the flight model in parallel.

“The most efficient way to track the helicopter’s factors was with rapid prototyping using blueprints, so we can quickly change formulas and try them out without compiling the project. Much of the flight behaviour and logic is still implemented in blueprints for that reason, so we can go in and change or enhance the behaviour in the same way.”

Blueprints is a feature frequently highlighted in the Making it in Unreal series – sometimes almost entire games are made using it. Blueprints is a visual scripting system which allows almost anyone to participate in coding a project. It lays out components in a node-based interface, allowing users to create gameplay prototypes and elements quickly and efficiently, making it a fantastic tool for projects where the vehicles need to feel like they have the correct physics. 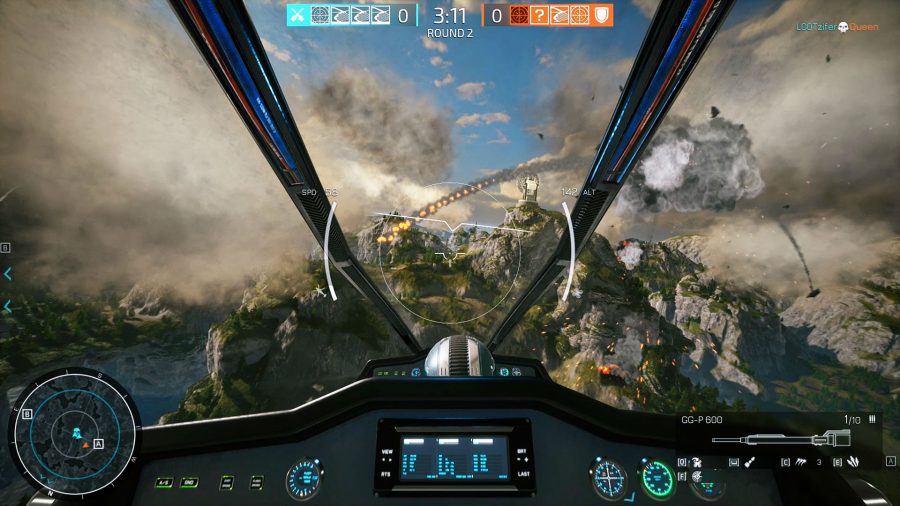 A game’s controls may work, but what’s important to the team, is that the player feels like they’re flying a powerful, dynamic helicopter. “For that, we have been working with real-life pilots who advised us while developing the flight model,” Quy Tran says. “At the same time, we were aiming to translate the controls into something intuitive. We tried out several concepts for the flight model in parallel. It’s not easy to hit the fine line between simulation and accessibility, and a lot of prototypes and iterations were required. Especially when it comes down to something rather abstract, like the feeling of the controls, it becomes difficult considering that one is getting more and more accustomed to it.”

Controls need to emulate the Comanche feeling but also comfortably flow with the environment that the player is in. When it comes to level design Kostadinoski explains that a helicopter shooter has to be all about the vertical space. “Since we’re flying Comanches and their drones, traditional, flat arena layouts don’t work well. When designing the maps we work with a multitude of different flight heights that define pathways. These can be valleys, cave systems, deep water-filled canyons, mountain peaks, or just some more open middle space for direct engagement. The key is that the player has the option to quickly switch between those heights and pathways to reach their target.”

At the center of the project though, Comanche’s long history is what’s important to the developers – retaining what makes the game a huge success in the first place, and reinventing it for today’s audiences. “Comanche is a precious IP and we know that it comes with a lot of expectations and responsibility,” Quy Tran says. “We love the single-player campaign of the original Comanche games, but we’ve also always envisioned a great multiplayer experience and are eager to innovate and bring the genre forward in this area.”

In this sponsored series, we’re looking at how game developers are taking advantage of Unreal Engine 4 to create a new generation of PC games. With thanks to Epic Games and Nukklear.