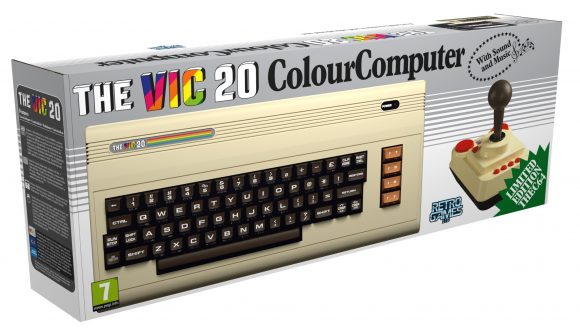 Whether you’re a lover of all things retro or are simply someone who lived through the 1980s and wants to rekindle a little techy nostalgia, seeing the Commodore VIC-20 should send shivers down your spine. Good shivers. Released in 1981, it was one of the first computers to be available for everyone, not just for enthusiasts. For this reason, it was the very first computer to sell more than 1 million units. And now it’s back.

A reimagined VIC-20 (named ‘THEVIC20’), the original being predecessor to the Commodore 64 (C64), is being released on the market by Retro Games in October 2020, to retail for £109.99/€119.99. THEVIC20 will be a full-sized, “fully licensed reimagining of the ’80’s bestselling home computer”. This old-timer spawned the cartridge and cassette gaming era and melded PC and game console into one.

Even if you weren’t alive during the Commodore VIC-20’s heyday, it probably still tickles the nostalgia bone. After all, this home PC has featured in countless movies (even in John Wick 2, believe it or not). And that chunky old IBM-esque keyboard is certain to reignite any childhood hacker ambitions you might still be harbouring somewhere deep down.

Aesthetically, THEVIC20 will fit right in with a Fallout– or Bioshock-themed setup, its beige and brown finish almost begging to sit beside an old phonograph record player. It also comes with an “updated micro switched classic joystick”, similarly retro looking. Don’t worry about antique connectivity, though, since this reimagined classic comes with USB and HDMI connections. 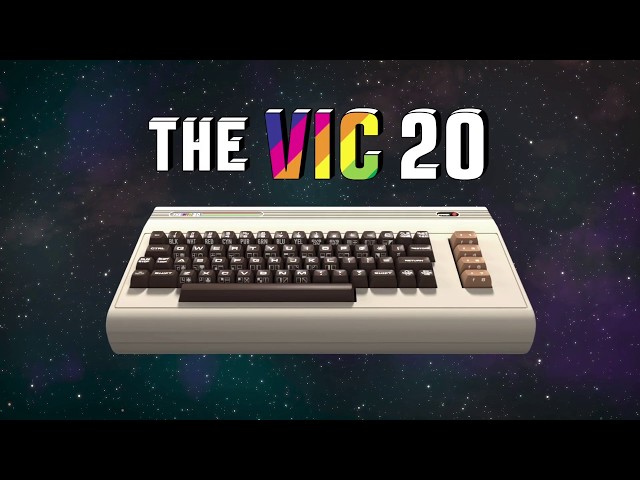 Retro Games says this VIC-20 remake “features three switchable modes – boot straight into original VIC-20 BASIC, C64 BASIC, or switch to the Games Carousel and play one of the 64 built-in games in 50Hz or 60Hz, with optional CRT filters/screen modes”. BASIC is the programming language and interface forming the operating system, and it looks like cartridges are replaced with in-built games. We’re told that you’ll also be able to “load and save your own VIC-20 and C64 games via USB flash drive as well as access multi-disc titles”.

As for the built-in games, they include (but are not limited to) “such VIC-20 and C64 classics as: Arcadia and Laser Zone (VIC-20), California Games, Paradroid, and Boulder Dash (C64); plus all-new additions like Metagalactic Llamas, Subspace Striker, Mega Vault, and Gridrunner (VIC-20); topped off with the recently released shoot-em-up Galencia (C64) and classic text adventure Planet of Death (C64)”.

Especially considering its relatively low expected retail price, THEVIC20 promises a nostalgic gaming-computing hybrid that will be appealing to techies and gamers of any generation. Hell, we’d consider it for that gloriously chunky, clacky keyboard alone (move over IBM Model M).