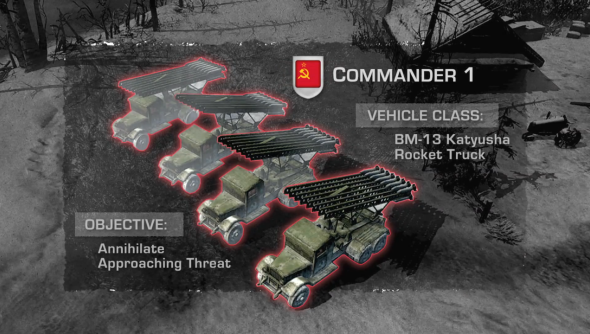 Much like Greek tragedies, warfare has been a process of incrementally increasing the number of players on stage: in the early days of one player warfare, or monologuing, multiplayer games were extremely odd – an army would turn up and then sit there running their idle animations, or occasionally being moved about the map by the player; it was the development of dialogue that really kicked the RTS genre into gear, bringing with it conflict and drama, and villager rushes; well, after that it was off to the races, three players, four, more.

Relic are trying to see if they can get on top of the whole player-on-player action thing without it turning into a tragedy of poor ping and lost connections, and so are taking applications for alpha testing. Details of which can be found below.

We’ve already posted the below trailerbut, heck, you can’t post about alpha tests without a trailer – it’s a genuine rule, it’s written on my hand and everything.

Well, itseems like everything is in order – tanks are being tanks, rocket trucks look properly aligned, the trees aren’t trying to leave (ho, ho, ho) – but how could we possibly form a meaningful opinion of Company of Heroes 2 without actually sitting down and playing the damn thing?

If only there were a way to sign up to the game’s alpha stress test, a link we could follow to get involved, somewhere we could just enter our details and be on our way.