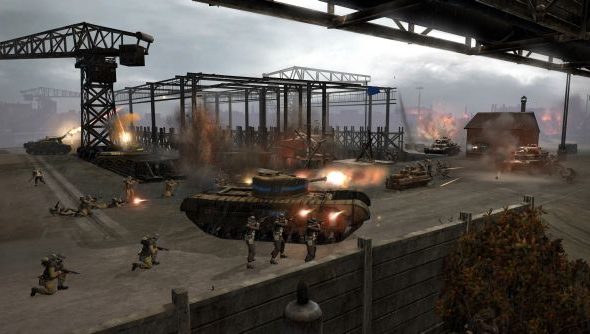 The Company of Heroes series is one of our favourites ever. Developed by Relic in the wake of Dawn of War’s success and continuously expanded on since the sequel came out in 2013, it’s something of an RTS masterpiece. This weekend you can try both games completely for free on Steam, including every piece of DLC and expanded content, until Monday evening British time.

Interested in what you might be getting into? Fraser’s original reviewfor Company of Heroes 2 gave it a glowing eight out of ten, and here’s the trailer for the most recent DLC:

There’s also the British Forces multiplayer-only expansion just round the corner, launching on September 3rd. From when this free weekend ends to the day it launches, it will also be playable for people who pre-order or those who manage to grab one of 55,000 keys that will be distributed from Sunday through various places including us. It, CoH’s various expandalones and the base games themselves are also on deals of various sizes for the next few days, including CoH2 for 75% off at £7.49.