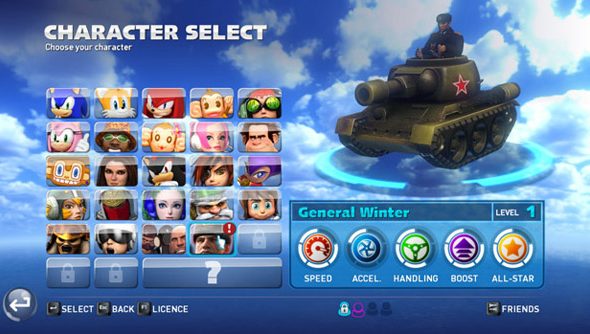 Meet General Winter: in life, the affectionate name by which the Soviet armies knew the cruel weather that battered Nazi invaders during WWII’s Operation Barbarossa. Here, a little man sat in a squat tank of about the same dimensions and fury as a teapot.

The anthropomorphised General comes as a free update to all owners of the Sonic & All-Stars Racing sequel on PC. And conveniently enough, the game itself is free to all Steam users for the duration of this weekend. Honestly, you’re fast running out of reasons not to sit in the teapot tank at least once.