Conan Exiles is an open-world survival game set in the harsh world of Robert E. Howard’s iconic Conan the Barbarian, and in a couple of months’ time you’ll get to test your mettle against giant snakes and rival barbarians as the game comes to early access.

Are open worlds and emergent gameplay your thing? Here are some of the best sandbox games on PC.

In Conan Exiles, players will journey through a seamless open-world filled with ancient ruins to explore and a dark history to uncover. You’ll crush your enemies, naturally, but you’ll also need to survive in the brutal land to which the world’s dregs are exiled.

Survival is about more than just scavenging food and water, however – it eventually leads to conquest, for as a barbarian, your goal is nothing less than to dominate the exiled lands. You’ll start with your bare hands and master the game’s crafting systems to build weapons, then a settlement, and one day, an entire city with its own fortress. 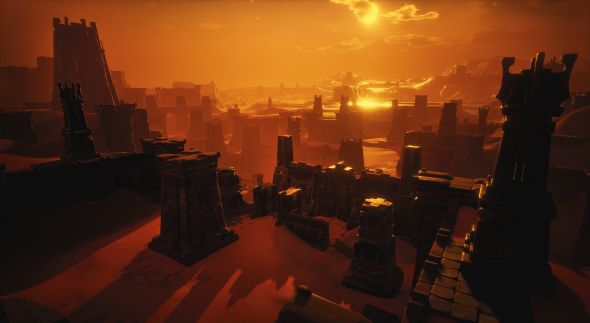 “The open-world survival genre is ripe for Conan’s conquest,” says game director Joel Bylos. “If there ever was a world that can truly test your strength and skill, it is the brutal and savage world of Conan the Barbarian. ‘Conan Exiles’ is not just an empty sandbox, it is a world rich in history where you must discover the secrets of ancient civilizations as you struggle to build your own.”

In a nice touch, you’ll be able to enslave local bandits by subjecting them to the same fate Conan himself once suffered – a few thousand turns on the grueling Wheel of Pain (just watch that they don’t get incredibly ripped and return to overthrow you). Ultimately, you’ll even commune with the gods themselves, summoning their avatars and watching as they lay waste to your enemies and their homes.

You can learn more about Conan Exiles on Steam. It’s due to come to early access on January 31, 2017.