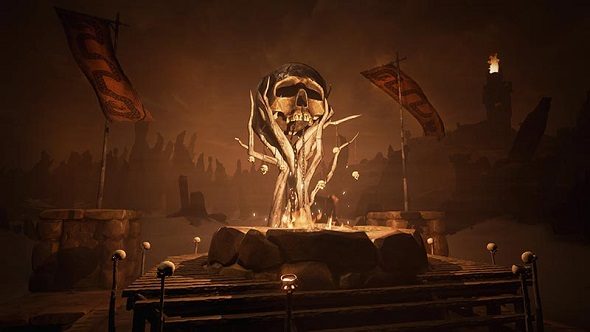 Despite a rocky start with lag problems, server issues and getting their game cracked by pirates, Funcom have managed to sell 320,000 copies of barbarian survival game Conan Exiles. This first week of sales placed them at the top of Steam’s global bestseller list and means that Funcom have actually recouped their losses from developing the game. As a result, Funcom is now ready to press on with further development and adding new features during the game’s Early Access phase.

Check if you’re a true survivalist, with these other PC survival games.

In a statement relating to this happy announcement, Funcom CEO Rui Casais stated that “this is just the start of the Early Access adventure and we will do whatever it takes to make sure Conan Exiles turns into a fully-fledged game that has something to offer new and old fans of both Conan and survival games.”

To celebrate this successful first week, Funcom have released the Conan Exiles Dev Kit, to allow modders to create their own unique content. Steam Workshop is now open for Conan Exiles, with modders now able to upload their own mods onto the service for anyone to download. The mods can range from simply adding new tools or UI improvements, to sweeping conversion mods which can add new worlds, characters and modes to Conan Exiles. I can guarantee one thing though, there are going to be hundreds of mods for the ‘manhood’ slider as the game grows in popularity. To access the dev kit, go to the Unreal Engine website and download the Unreal launcher.

Funcom will be attending the Game Developers’ Conference in March, to show off the new features and content that the Conan Exiles team has been working on. The dev team will also be at PAX East in Boston, so if you have any burning questions, make sure to attend the event. They will handing out exclusive print copies of the Conan Exiles comic book so get to their booth if you want to snag one.

Following the recent server issues, official servers are starting to come back online and there are over 12,000 unofficial ones out there at the moment, so no shortage of places to play. Conan Exiles is available on Steam for $29.99/£26.99.