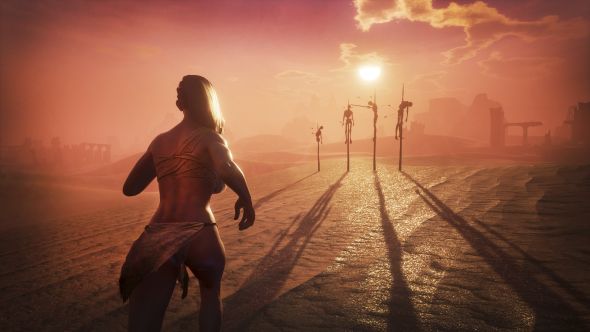 Survival games are essentially games about griefing, but it’s all got a bit too much on Conan Exiles’ official servers. EU players have been waking up to see their grand creations trashed by NA and Asia players. Funcom have decided to put a stop to it, which is bad news for international clans.

“We have decided to East/West region lock the official servers for three reasons. The language barrier and the different playstyles is proving jarring for a lot of players,” says community manager Jens Erik.

“Also, the vastly different time zones between regions made offline raiding an unavoidable issue for a lot of players who would wake up to all their stuff being completely ruined.”

This last bit, outside of those with multi-region clans, is being taken well by most EU and NA players, as they won’t wake up to see all their creations destroyed. However, this means there are currently no official servers in Asia.

They are coming, however. Funcom are hoping to have servers up for each region some time next week. Some people really aren’t happy with the decision, however, and are asking for refunds. We’ve asked Funcom for further comment.