Compared with the start of its Early Access run, Conan Exiles 1.0 has more than doubled in size, gained new gameplay in which waves of monsters will swarm your base, overhauled its combat, and added “dozens” of new features and mechanics.

To defy some more adversity, track down the best survival games on PC.

Ever since the news dropped last month that the full launch was coming, Conan Exiles has been enjoying a healthy revival. Steam Charts shows a 93.85% gain in average players in April, with a peak of 28,612 recorded yesterday for the launch itself. That’s the highest its population has been since February last year, just after its Early Access launch.

Original story April 13, 2018:Conan Exiles, the survival-action game inspired by the iconic barbarian, is preparing for its version 1.0 release. It will leave Early Access on May 8.

Conan Exiles caused a bit of a splash when it first entered Early Access at the end of January last year – not least for its penis and breast adjustment sliders. It’s had plenty of new content and polishing work done, so what’s new for the version 1.0 release?

Combat has been refined, with new attacks and animations for all weapons. Two new areas – a swamp and a volcano – have been added, and existing areas have expanded. Together with The Frozen North expansion, developers Funcom say the size of the map has more than doubled since the start of Early Access.

Purges are a new feature in which hordes of enemies will attack your base. Depending on where you’ve made your home, these enemies may be undead, frost giants, locusts, gorillas, or others. The idea is to add more depth for those on PvE servers or who prefer to play single-player – you’ll be notified so you have time to prepare. In certain strong purges, enemies may wield new legendary weapons, which you’ll be able to claim. 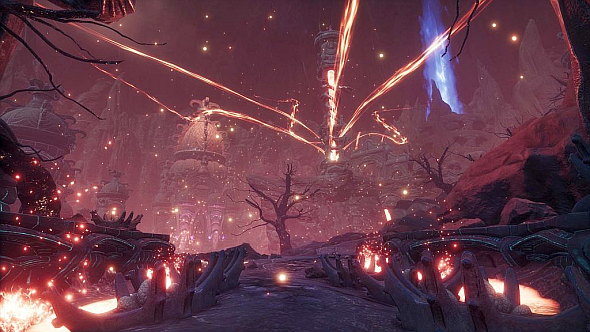 The attributes system is getting a revamp, there are hundreds of new pieces of gear, and you can also make your own warpaint. For more details, head toFuncom’s blog.

“We wanted to make sure leaving Early Access is something more than just removing the label and saying we’re done,” says Funcom CEO Rui Casais. “The launch of Conan Exiles brings a massive expansion of the world, game-changing new features such as monster invasions, and an entirely new action-oriented combat system, as well as many other major additions that truly make this the ultimate vision of Conan Exiles.”