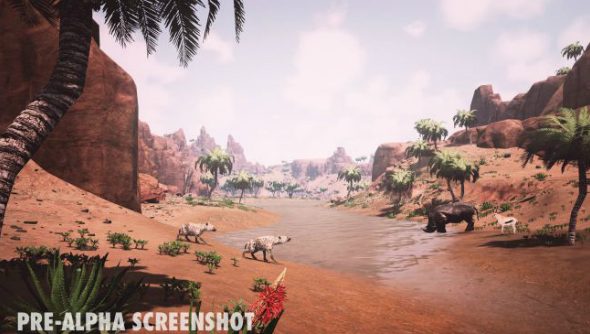 The survival-crafting historical multiplayer experience Conan Exiles is eking closer to reality as Funcom has shown off the first gameplay trailer for the film/TV show/comic book/novel tie-in.

If you like sand, you’ll love the best sandbox games on PC (heh heh).

The footage, which is clearly stressed to be pre-alpha gameplay, shows a large open world, mostly filled with sand, for you to build a variety of structures in. Or tear down structures in.

Staying true to the barbarian roots, there are also a bunch of people getting crucified, decapitated and possibly sacrificed to a giant snake.

It looks a bit ARK Survival Evolved-ish, and man do we hope pre-Alpha means “lacking in several coats of varnish and polish” because those are some ropey looking…rhinos?

Anyway, see below if you like breaking rocks and building villages or breaking skulls and razing them. The game’s due in early access later this summer with a full release, well, a while after that.