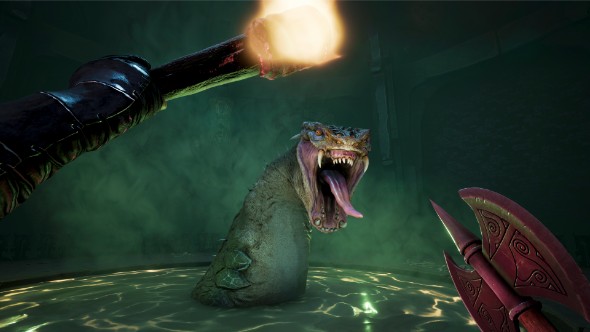 If you’re a mid-level character in Conan Exiles, there’s a whole new dungeon for you to tackle. Called The Dregs, the dungeon takes players into the sewers below the Unnamed City. Down there, nasty things lurk, such as the undead, albino komodos, and a gooey new boss.

If you’re willing to face all the grime, dirt, and things that want to murder you, though, you’ll be rewarded with fresh loot. Well, as fresh as loot that you’ve just plucked out of a sewer can be. All this awaits you, so long as you can beat the new boss, the Abysmal Remnant. That name makes it sound like something lurking in an unflushed toilet.

Among the new rewards is armour made from reptile hide, phosphorous torches that can be used underwater, and new weapons. This patch follows last week’s release of siege weaponry.

See the new update in the trailer above, and you can also check out the patch notes here: