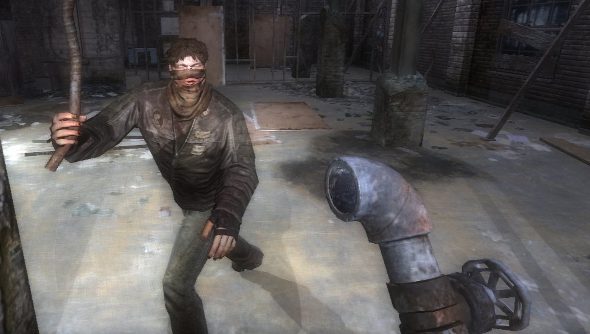 Monolith’s Condemned: Criminal Origins is a horror game that does away with monsters and exotic locations. Its threats are homeless gentlemen who consider bath salts a mellow substance, and most of the game takes place in dilapidated empty buildings in the middle of the city. It’s dirty and unpleasant, with the melee combat forcing you to get up close and personal with the sort of enemies who happily spit teeth and blood at you.

I would have said that it’s an underappreciated horror gem, but we appreciate it quite a lot here, putting it in our 16 best horror games on PC. The first game spawned an uneven – but not terrible – sequel, but nothing more. Now, though, Monolith founder Jace Hall is thinking of doing something with the franchise, so it no longer sits there, languishing.

“Since I am focused on other things, and will be for quite some time, this franchise is just sitting there,” Hall wrote on Facebook. “I am contemplating finding an interested and proven Indie development team AND PROVIDING IT TO THEM, so that they can take over the franchise and move it forward.”

Since Hall owns the franchise, he can do exactly that, even though his old studio is owned by Warner Bros. He notes that, while it can be a challenge for an indie studio to get media coverage and market their games, Condemned is already established. And there’s certainly an appetite for first-person horror and first-person melee games, which wasn’t as pronounced back when the first game originally launched a decade ago.