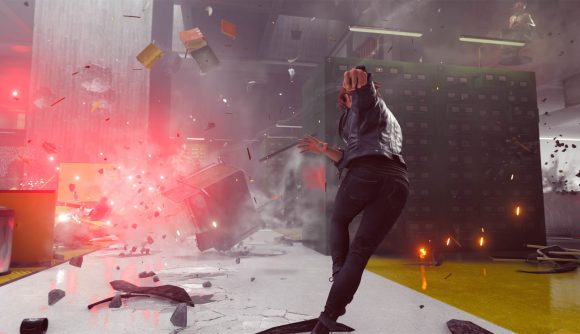 Control, everybody’s favourite Alan Wake-meets-the SCP Foundation action-adventure game, has hit an important milestone. It has now sold more than two million copies, following a November that proved to be its best month of sales to date.

Thomas Pruha, developer Remedy’s communications director, shared the news on Twitter after an executive announced the news to the Remedy team during a streamed company meeting. “My boss just revealed in the @remedygames CMD stream that the past November was Control’s best selling month (15 months after launch)”, Puha wrote. “In total, Control has sold over 2 million copies to date.”

It’s rare for a game to see its best-selling month more than a year after its initial launch, but there are a couple of contributing factors that help make Control’s best month ever more understandable. First off, Control arrived on Steam in August after a year of Epic exclusivity on PC, along with the new Ultimate Edition that includes all the game’s DLC. Second, Nvidia’s launch of its new 30-series line of GPUs likely led new players to seek out a good showcase for ray-traced lighting effects – and Control is perfect for that.

The biggest driver, however, was likely the launch of the new Xbox Series X|S and PlayStation 5 consoles. Here again, new console owners don’t have a huge number of launch titles to choose from to see what the new hardware is capable of, and Control’s Ultimate Edition is a handy way to see the new visual effects in action.

My boss just revealed in the @remedygames CMD stream that the past November was Control's best selling month (15 months after launch). In total, Control has sold over 2 million copies to date.

We think Control is pretty neat: we’ve alternatively described it as ‘an entracing Lynchian fever dream’ in our Control review and “like taking hallucinogens at the DMV” elsewhere, but we gave it a 9 and have come up with a benchmark report on how well it performs with Nvidia’s RTX-powered ray tracing effects enabled.