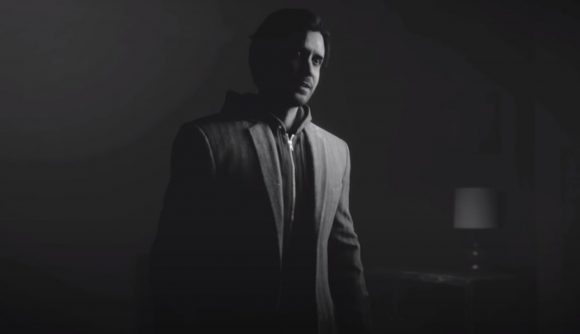 The upcoming AWE DLC for Control will release at the end of this month, and developer Remedy Entertainment has showcased the first 15 minutes to wet everyone’s appetite. In the footage, Alan Wake is properly re-introducted for Remedy’s shared universe.

Towards the start of the gameplay, Jesse Faden finds a letter about a request for information on Wake and the events of Bright Falls. What’s strange, though, is that the FBI special agent looking for the info is named Alex Casey, who also happens to be the detective in Wake’s crime novels. Faden then finds Wake’s hotel room, and hears him having a conversation of some sort.

Jesse starts to find shadows around the Federal Bureau of Control similar to the ones Wake had to battle, alongside the Hiss that continue to infect certain regions. It appears different aspects and ideas from the original Alan Wake are literally bleeding into the surreal horror game, making everything that much weirder and more interesting to investigate. Naturally, the demo ends on a cliffhanger.

AWE is the second expansion for Control, after The Foundation back in May. However, this new section of DLC is the first entry in the Remedy Connected Universe, an expanded universe that will tie many of Remedy’s games and project together.

You can watch the video below:

Control’s AWE DLC will be available August 27, when you’ll also be able to pick up the base game, and its two expansions, in the Control Ultimate Edition on Steam.