Sometimes it’s not the story, but the storyteller. I could tell you that Control is a supernatural action-adventure set in a fictional secret agency’s headquarters and you’d be well within your rights to roll your eyes, because that sounds like a lot of games. You’d think of Prey, and The Bureau: XCOM Declassified, and F.E.A.R., and maybe even of Deus Ex and Half-Life. Games love a fictional facility where people poke about with things they don’t understand, don’t they?

But Control doesn’t feel anything like any of those games, because its sense of self – the way it goes about revealing its story and presenting you with its world – feels so confident, so artistic without losing its pacing or narrative weight, that you’re simply taken to another place: The Agency. Where unseen voices guide you, and an unseen force wreaks havoc.

What a beautiful game. Not only does it have a wonderful habit of using light to paint a picture, like a Hollywood cinematographer, Control also pulls off more experimental feats of superimposing images over one another and marrying them to otherworldly soundscapes, all while you’re doing something otherwise prosaic like walking along a corridor.

Save for the fact it’s all happening in ultra-high fidelity, it’s that same recognisable Remedy-ness that gave us the Lynchian TV series Address Unknown in the Max Payne games and Alan Wake’s constant fourth wall-busting digressions. It’s the sense of a team of creators doing something they care about, not adding a checklist of market research must-haves, or brazenly repurposing the key elements of whatever’s blowing up on Netflix right now. That counts for something.

So, yes: although the story itself might not break new ground when you lay it out flat on the page, Control is quite the storyteller. 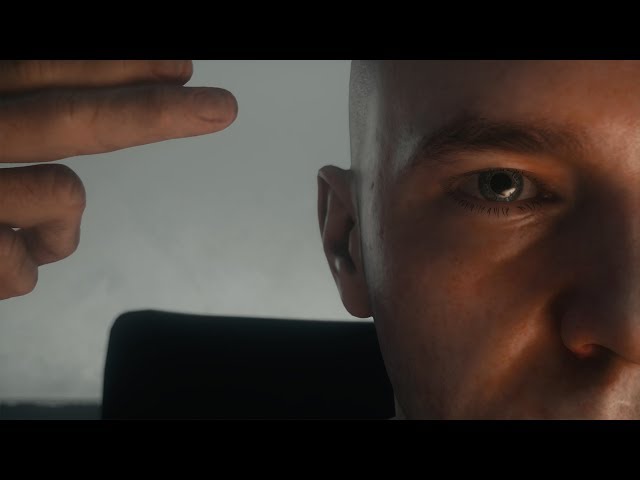 That story belongs to Jesse Faden, a leather enthusiast and newly appointed director of the aforementioned secretive agency. Jesse has a missing brother and a habit of talking to herself. In her search for answers as the game progresses, she also accumulates items with supernatural properties called Objects Of Power (OOPs). The most pedestrian of these is a service revolver with regenerating, effectively infinite, ammunition, but as you explore The Agency’s various departments guided by chilling voices speaking something like English, you uncover more.

These are generally more engrossing from a narrative standpoint than a mechanical one – although your arsenal grows significantly through the course of the game’s eight or nine hours, the broad strokes of enemy encounters are usually pretty rinse-and-repeat: pair a ranged weapon with a bit of spooky telekinetic stuff until all the possessed guards fall down. Well, you can’t implement the Bullet Time of your generation with every release, can you?

Not that Control needs to, when it looks this good and feels this dripping in atmosphere. The Finnish studio’s in-house Northlight engine is working overtime in Control to bring all those artistic flourishes and storytelling subtleties to the fore. At max graphics settings, this is an astonishing thing to look at, even if most of its environments are relatively small interior spaces. I even managed to get it running at a perfectly playable 30-40 fps in 8K with an RTX 2080 Ti thanks to DLSS’s performance gains, and that same card can handle 4K60fps with just a few stutters here and there. Nothing to lie awake at night sweating about unless you’re the most fretful frame-counter. 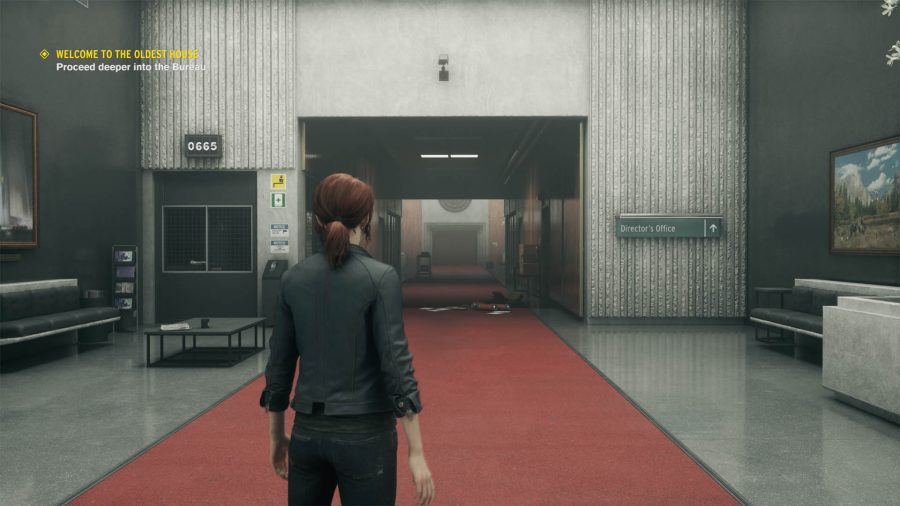 Besides, it’s not just sheer graphical grunt making Control look great. It’s the composition of its areas, and the attention to detail. There’s always a light ray drawing your eye to such things as the beautiful wood panelling in The Agency’s vaguely 1970s offices, a scattering of fascinating objects in every room, and surrealist vistas creeping into the previously dour environments.

Character models don’t quite hit the same fidelity levels. Or perhaps it’s that they seem a bit more stylised than the ultra-realistic (if paranormal) environments they inhabit. Northlight tech does shine when characters interact, however – a relatively rare thing in Control. They telegraph moods and unspoken thoughts with a raised eyebrow or a half-gesture in a manner that tells you these developers made Quantum Break, and they know a thing or two about performance capture. 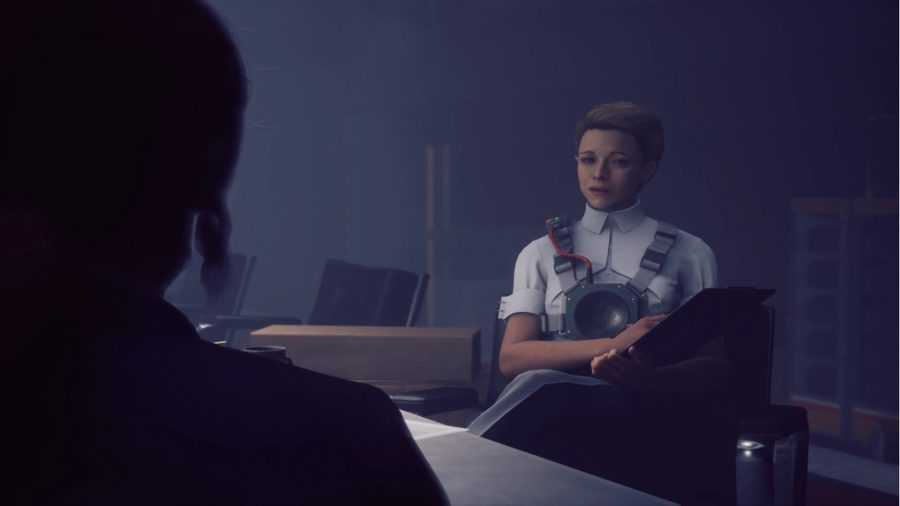 More common, of course, are your encounters with enemies. The different forms taken by your natively formless adversary, The Hiss, do force your hand into different approaches. RPG-toting and heavily armoured variants need to be given priority status in any scenario, while telekinetic and flying enemies – well, they can just bugger off, frankly. If it wasn’t bad enough that they can chuck furniture at you while you spray fire in their general direction, they tend to crop up among groups of other, lesser, enemies that must be dispatched first while you’re dodging said furnishings. Cover isn’t snap-to, but it’s always readily available to duck into for a few moments’ respite before diving back into the fight – and if you’re low on health, diving back into the fight is often the only way to replenish it, since enemies scatter health shards at their feet as they expire. A risk/reward wrinkle that feels stressful when you pull it off, and criminal when you don’t.

Special mention must go to Control’s sound design, which creates an almost constant cacophony of metal objects grinding against each other, like all of Michael Bay’s Transformers trailers pushed into a shredder. There are subtler, more spectral elements that get under your skin too, like the inhuman whispers from your guiding voices and the echoing, dream-like ring of the agency hotline, a pure Twin Peaks creation which transports you between - well, I’ve said too much. Suffice to say the audio matches Control’s outstanding art design every step of the way.

With all that said, there’s nothing inherently wrong with Control’s combat, except for a few difficulty spikes and some joyless boss fights. To a lesser extent, the same is true of the puzzle elements when they crop up. We’re not talking Myst, but several times the pathfinding and – ugh – logical thinking involved in passing into a new area took long enough to pull me out of the game and wonder instead how long it’s been since I dusted my monitor. A couple of times I felt as though I’d progressed by sheer chance, such was the haphazard nature of turning spectral lightswitches on and off, and passing between astral planes that led to a new objective. As third-person action game puzzles go they’re thoughtfully crafted to sit in the world without looking too conspicuously dropped in place by a game designer, and that’s a feat in itself. It’s just that, as with the combat, it’s an element that doesn’t seem to be working as hard to impress you as the rest of the game is. 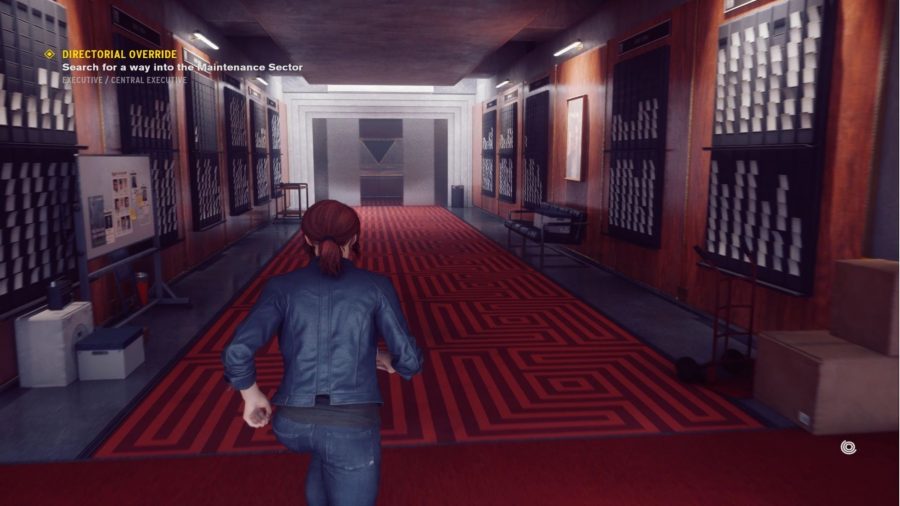 Consequently it’s more rewarding to read about OOPs and how they came under Agency control via the game’s collectibles menu than it is to use them, and the same goes for reading about the different divisions of security forces now possessed by the Hiss. Speaking with another journalist during the review process, we discovered that we’d both been eagerly reading every file and collectible throughout the game as a matter of course, and that neither of us usually does that. I mean – nobody does that, do they? By and large the ‘environmental storytelling’ in most games consists of journal entries from long-expired civilians complaining that someone’s been breaking into the storage room so they’ve reset the code to 0451. But the sheer sense of place here is strong enough that your appetite for extra details is nigh-insatiable. It helps that the collectibles themselves are well-written and belong to a genuinely engrossing shadow-world where real-life covert ops bleed into supernatural affairs as if you’re recalling them in a dream.

Unlike Remedy’s previous linear shooters, Control adopts a checkpoint system similar to the bonfires in Dark Souls, which must be cleansed of Hiss presence before you can save your game and upgrade your character. The effects are twofold, really: firstly, you pay that bit more attention to the geography of The Agency (although the game isn’t confined to that one location, at least metaphysically) because knowing where the nearest checkpoint is becomes very important for your survival. And two: sometimes you’ll lose large, horrible, hard-earned chunks of progress between those checkpoints, particularly later in the game. The nature of the beast. 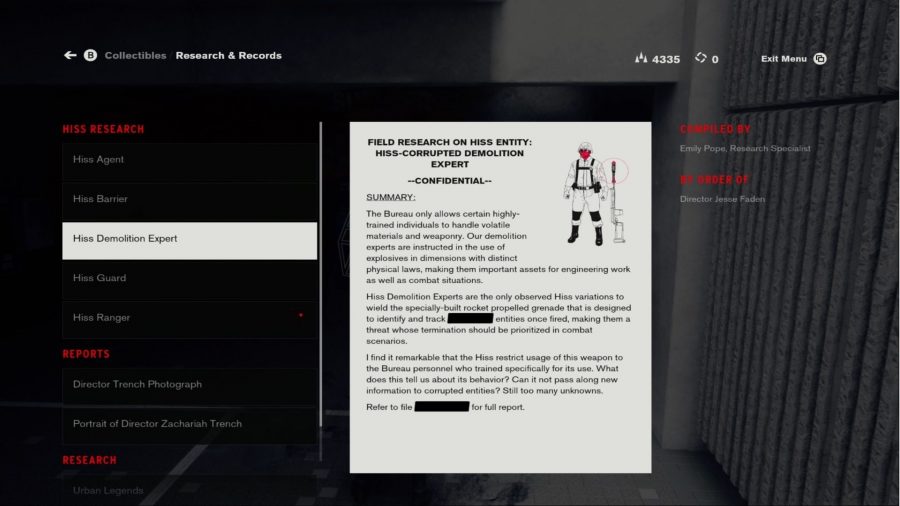 As for those character upgrades, they matter more than you might expect. Going heavy into telekinesis early on made encounters with bosses much easier in my playthrough, but I suspect turning Jesse into a tank by pouring all my points into her health would have been just as viable too. It pays to specialise rather than generalise, though. Trying to become a master of all Jesse’s skills is not advisable.

However you approach it, Control is a game about being taken on a journey of surprises, and being seduced by dark and beautiful images into a dream-like state. It is not – somewhat surprisingly from the studio that nailed third-person action so definitely in previous decades – a game about feeling sheer ecstasy when you pull the trigger or fire off abilities powerful enough to rearrange rooms and take out walls. If you’re prepared to put narrative and place first, this is undoubtedly one of 2019’s highlights so far, and a significant step forward in mature, Hollywood-style storytelling and characterisation.

A gripping descent into something between alternate history and fever dream, realised beautifully in audiovisual flair, and lacking just slightly in the combat itself.