A man is staring at a fridge. Boxing the two in are four sound-proofed grey walls, a locked door, and a slab of glass that acts as a thin veil of safety, allowing you to watch the stare down unfold. Except, it’s not really a fridge. The familiar red and steel object only appears that way because the man is staring at it. Should he avert his gaze, the refrigerator will deviate and turn into something wicked. To you or I, Phillip’s situation may appear bizarre; to the Oldest House’s employees, though, it’s just another blip in their daily nine-to-five grind.

As you try to calm Philip down, you learn that he’s been locked in eye contact with the fridge for over a day and that someone should have been along to take over ages ago. Technically, Philip is one of the agents of the bureau who works for you, though you have never met before. You only took on the mantle of Director of the Federal Bureau of Control hours back, and even that was mere moments after you entered The Oldest House for the first time.

Things appear, then, to be going a tad more awry than usual. The former Director is dead, a supernatural force known as the Hiss is running amok, and a babbling janitor doesn’t appear to be aware of any of this. That in mind, you can choose to take the sidequest on in an attempt to help Philip. Or, you can leave him screaming at the fridge in anguish as you vanish down a dimly lit hall, searching for the answers to your own mystery alongside that of the Oldest House.

Control is littered with plenty of moments like this, adding some light reprieve from The Oldest House’s darker secrets. As game director Mikael Kasurinen explains, it’s also in these more absurd moments that Control finds its humanity.

“A sense of levity through absurdity was there from the get-go, and it’s a huge part of how people behave and react in this world,” Kasurinen tells me. “Being able to handle the weird requires strong coping mechanisms, and what’s better than a bit of gallows humour? The point is to find a touch of humanity in the dark and strange environment of the Oldest House, to create a bit of contrast. Games like this can easily take themselves a bit too seriously, and end up creating a quite monotonous emotional environment. We definitely wanted to combat that in different ways, sometimes through absurdity, humour, or straight-up jokes.”

Another way Remedy adds a pinch of humour or absurdity to any given situation is through Control’s collectables. You feel at your most vulnerable when you first enter the bureau. It’s dark, worryingly void of life, and you don’t have the weapons or powers to combat what you fear might be thrown at you. Moments later, you come across a staff memo complaining that the executive level bathroom has vanished. It’s been missing for weeks due to a “building shift”, a process in which Oldest House warps and changes. The disgruntled author is not best pleased about it, going on to write:

“I worked my ass off in the Islamabad station for three years, I’ve earned the right to a nice workplace shitter. If you can’t bring it back, at least find out where it went.” 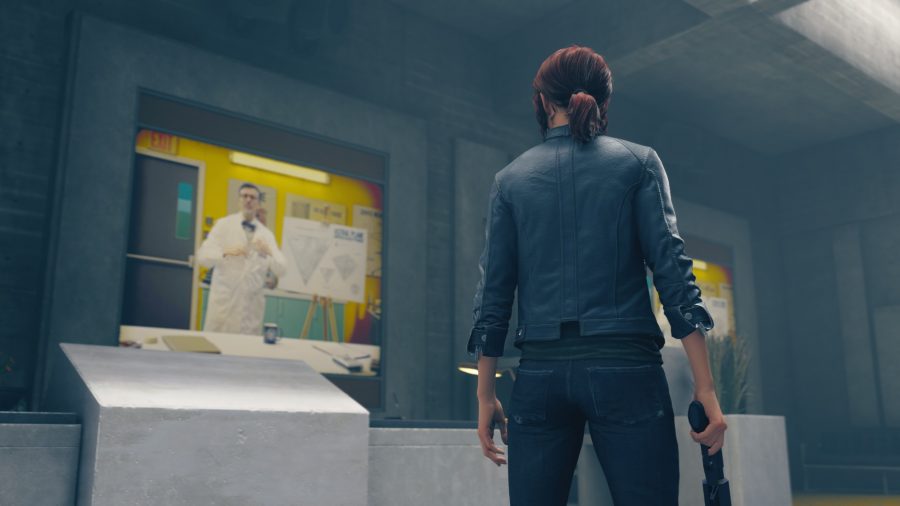 While reading a memo breaks up the tension, narrative designer Brooke Maggs explains that it also gives us a peek into the day-to-day working life of the bureau’s busy staff.

Contrast is a big theme in Control, and it shows in the narrative, too

“The collectables were important for building out the rich, narrative word of Control beyond the main missions and side missions,” Maggs says. “We had a lot of fun building up the lives of people in the FBC by considering what it’s like working in a government office whose purpose is to study the unexplained. Players who take the time to read the documents, listen to the audio logs and watch the Dr Darling videos will gain a new dimension to the story.”

Control’s embrace of humour makes sense. While a sense of tension is always in the air, you don’t feel as powerless as you do in other games. As Jesse’s list of weapons and abilities grows, she slowly becomes the most scarily powerful thing in the room. While this gives Remedy room to add a dose of humanity to Control, I ask Kasurinen how the team balanced the comedy with the thrills.

Stuffed: all the upcoming PC games you can look forward to

“By flat-out just embracing it,” Kasurinen states. “And also believing that having a bit of fun does not dilute the drama – quite the opposite actually: if done right, it makes those darker moments even more powerful.

“We purposefully wanted the people working in this agency to be unique, often unfazed when encountering strange things. With that comes a peculiar sense of humour which acted as a perfect way to set up some of the most fun moments in the game.” 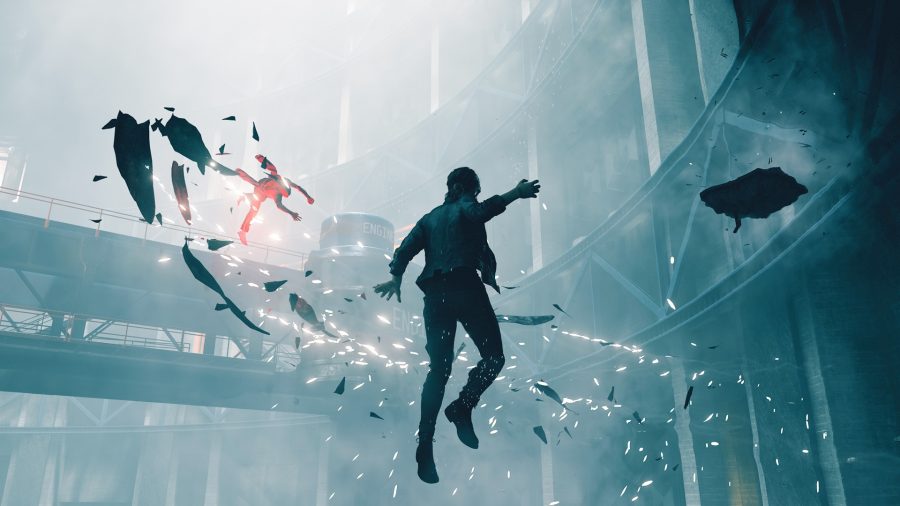 So Control is no stranger to contrast, then. Another way we see this is through Jesse herself. In an early promotional video for Control, narrative systems designer Eevi Korhonen describes Jesse as a “juxtaposition” to what’s happening within the bureau when she arrives. There’s an old guard there of older men who have let things go awry, and now she has to fix it.

“Contrast is a big theme in Control, and it shows in the narrative, too,” Maggs explains after I ask about Korhonen’s comments. “Eevi is spot on: the juxtaposition between Jesse’s street-smarts and the FBC’s looming traditions and procedures is an interesting mix and some inherent conflict in the story.

“Jesse is no stranger to the unexplained, but she is a stranger to the FBC, and she provides the player with someone on the outside of this world they can relate to. There are many concepts for players to get their head around, like Objects of Power and Altered Items and Control Points – as Jesse learns about them, so does the player, and they master them together to become the Director of the FBC.” 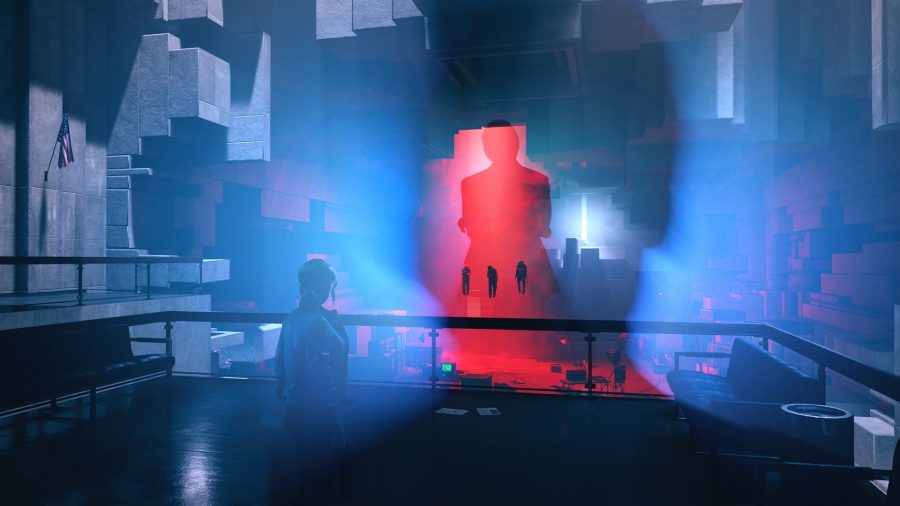 Jesse also represents Remedy’s first female protagonist. While she joins other recent leads of the past few years – such as Horizon Zero Dawn’s Aloy and Senua’s Sacrifice’s Senua – Maggs believes that the next step in fair representation lies in the characters our female heroines interact with.

“I would love to see more of a range of female characters, and their relationships with one another,” Maggs tells me. “One of the things I love about Control is that Jesse is not the only woman in the game.

“She meets other women in the bureau who are varying ages, backgrounds, and have vastly different personalities. When we can move away from there being a ‘main female protagonist’ in a world full of male characters, I think we’re already moving a bit further forward.”