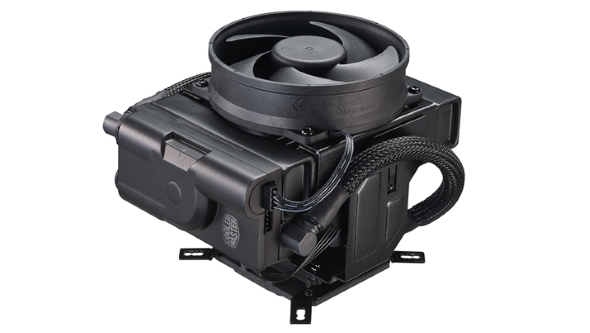 PC cooling is in their blood (and, y’know, in their name) so it’s no surprise to see Cooler Master innovating with their latest CPU water-cooler, the MasterLiquid Maker 92.

Read more: check out our guide to the best video cards around today.

Fitting a full water-cooling loop into your PC can be a nightmare of leaking tubes and damp, fizzing, popping components (though people like EKWB are trying to ease the pain), which is why the closed-loop liquid cooler was created. A totally sealed unit may take away the fear of flooding, but still requires a lot of elbow grease, scraped knuckles and chassis space to fit comfortably inside your rig.

With a full desktop tower that’s not much of a problem, but as we see ever-smaller chassis appear, catering to the mini-ITX crowd, finding the space to fit even a 120mm radiator to the inside of your case can be a struggle. Cooler Master’s new MasterLiquid Maker 92 though has been designed to fit into the footprint of a standard air-cooler and with the same ease-of-fitting.

The whole pump and radiator array is set above the CPU water block itself – in the same way an air-cooler’s fan and heatsink are – meaning you simply have to screw the new MasterLiquid chip-chiller into place above the processor and you’re done. The fans are arranged around the radiator in a push/pull configuration to maximise the airflow across it. 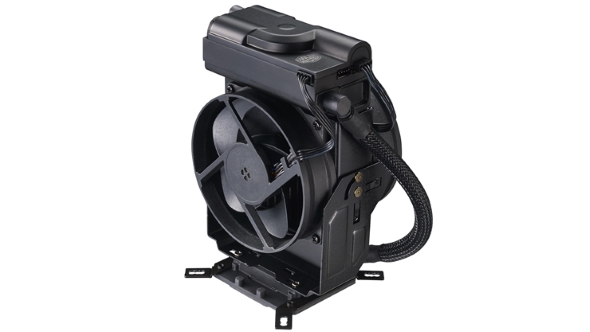 You can also swivel those twin 95mm fans around so they either blow air across the chassis or down onto the motherboard. With down-blowing coolers you pull heat away from the CPU while also ensuring good airflow across the hot power components surrounding the processor socket. When the fans are separated away from the CPU with a standard water-cooler it’s only the processor itself which gets cooled.In a small form factor chassis using a traditional closed-loop water-cooler there is limited airflow across the motherboard and that can actually increase the ambient temperature of the whole PC. 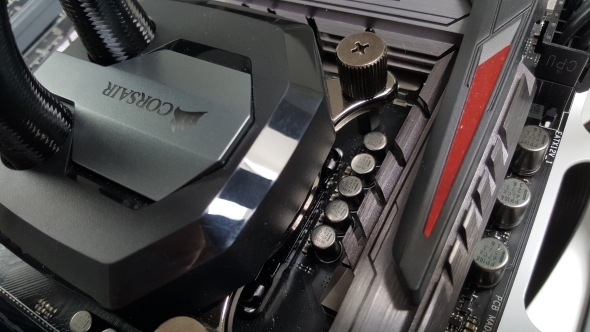 The trade-off for having a cooler of this size and configuration is the radiator is smaller than normal and there is less surface area and distance for the water to travel and chill out. The heat transferring properties of the coolant then will likely be lower than in a larger cooling system. There’s also the fact that the 95mm fans are going to have to spin faster than 120mm versions which might lead them to be a touch louder.

But we’ll have to wait and see how it performs when we get the MasterLiquid Maker 92 plumbed into our test bench.

There are though only going to be limited numbers available at launch, but Cooler Master are offering early bird pre-order codes on August 30 if you sign up and pre-order a pre-order. So, yeah, that’s now a thing.