59g is light. Really, really light. And in a wireless package, it feels about as close to weightless as you’re going to get with a gaming mouse before splashing out on something like Finalmouse’s Starlight 12. At an RRP of just £89.99, Cooler Master’s MM731 is less than half the price of the Starlight 12, and £40 cheaper than its closest wireless competitor, the Logitech G Pro X Superlight – it all sounds pretty favourable on paper, but there’s a lot more that goes into the best wireless gaming mouse.

We’ll start with the weight, as 59g puts the MM731 among the lightest wireless gaming mice on the market. In terms of mainstream competitors, there’s the aforementioned G Pro X Superlight coming in at 60g, the 68g SteelSeries Aerox 3 Wireless, and the Razer Viper Ultimate, which tops the scales at 74g.

So yeah, this is light, but the shell is also pretty rigid and robust. Any creaks I experienced in the first couple of days quickly disappeared, the shell doesn’t bend under pressure, and nothing feels loose after a few weeks of testing. It’s not exactly premium, but it’s a strong chassis.

That build quality extends to the buttons. The left and right mouse buttons feature optical micro switches for quicker, more reliable actuation, and they’re rated for a pretty durable 70m clicks. Clicks sound and feel pretty hollow, but as with the rest of the MM731, they’re reliable. Unfortunately, their initial actuation point does feel a little stiff, so the complete motion doesn’t feel as smooth as it should.

There are two side buttons on the left side that are easy to reach with your thumb – they work perfectly and have satisfying, distinct clicks, but the gloss finish spoils an otherwise sleek design. Finally, the scroll wheel is superb, with clear steps and no sign of give – I adore my Razer Viper 8K, but the scroll wheel lost most of its resistance within a couple of weeks. While this feels sturdy overall, there is a very noticeable rattle around the scroll wheel, which might be bothersome. 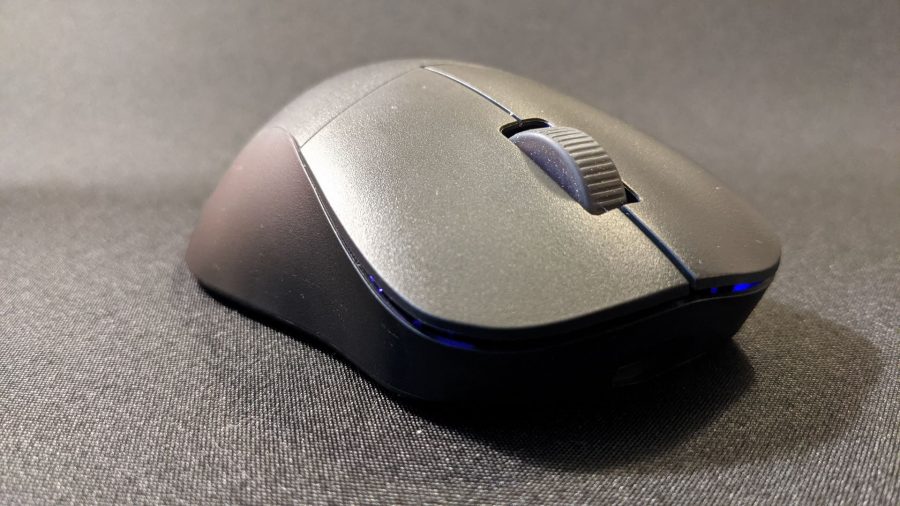 Whether you get the white or black model, both are finished with a matte effect that’s easy to grip, and the mouse comes with some additional grip tape in case you need it. It’s a smart-looking design that won’t stick out like a sore thumb in an office setting. If you’re keen on RGB then you won’t find much of it here. The hexagonal frame of the Cooler Master logo lights up, and you can tune the brightness, effect, and colour with the official MasterPlus software, which also lets you tune polling rate, lift-off distance, angle snapping, sensitivity, power-saving modes, and programme macros.

On the underside, you’ll find three PTFE pads (one large pad at the front, and two smaller ones at the back), a pairing button, DPI toggle, a little hatch for the wireless dongle, and a toggle for the various pairing modes (Bluetooth, wired, and a 2.4GHz wireless connection). There’s also an ultraweave cable for charging or playing, which is a really nice touch; many wired mice come with worse cables.

I probably need to take a moment here to point out that there have been reports about input lag with the MM731 with response times on wireless clocking up 30ms for some users. I also experienced this, but Cooler Master has since released a firmware update that appears to resolve the issue. The 19,000dpi Pixart optical sensor feels sharp and accurate, although I’d advise raising the lift-off distance to the high preset, as I experienced plenty of missed shots and inaccurate flicks on low.

More gear: Pair this with one of the best gaming keyboards

This isn’t an issue with the sensor itself, rather it appears to be a result of uneven weight distribution, ergonomics, and the placement of the sensor. Unlike most gaming mice, the MM731’s sensor is positioned close to the front. The front is also where the ergonomics focus your grip towards, which seems logical. However, the weight is almost all in the rear of the mouse, so I found that whenever I went for big mouse movements, such as recentering after a flick, I’d end up lifting the front of the mouse (along with the sensor) off the pad and the movement wouldn’t register cleanly. 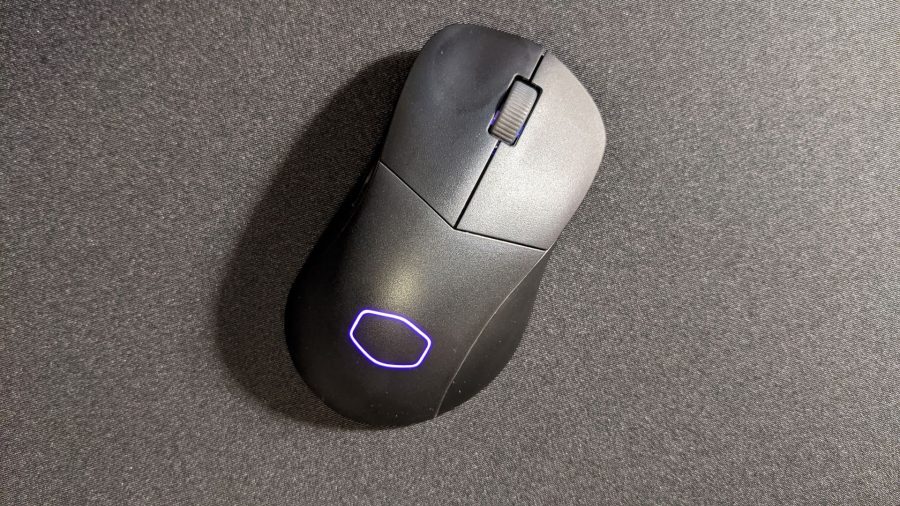 Speaking of pads, Cooler Master also sent over the XXL version of its new MP511 mouse pad. Like its popular predecessor, the MP510, this is a Cordura pad, and while it still retains some of the roughness the material is known for, this iteration is much smoother and more comfortable to game on. I’ve been switching between Corsair’s MM200 and MM300 series for a while, and the MP511 feels like the perfect midpoint – a little bit coarse, lightweight, but still great for gliding.

The shape is pretty good, not perfect for large hands, but comfortable with a palm and claw grip. The front is a little too narrow for my liking, with the contouring on the right side of the mouse squeezing my right ring and pinky fingers together – shape is pretty subjective, but I find this hard to recommend to anyone with large hands. The MM731’s clickers are also a little too high up, with the LMB sitting nearly 2cm off the pad. It’s like my fingertips are peering out over the behemoth bonnet of a muscle car.

It's ultralight, wireless, and reasonably affordable, but there are plenty of small gripes that keep the MM731 back from greatness.