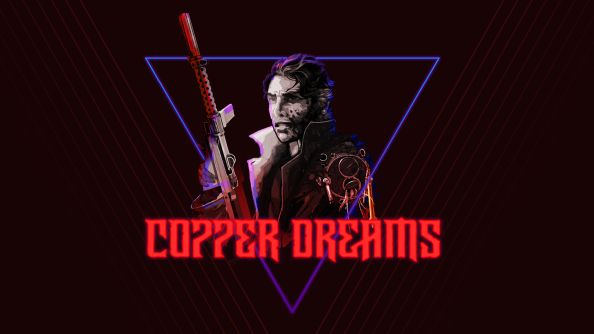 Cyberpunk, chucking dice, and turned based combat: what a deliciously varied broth Copper Dreams could be. Tiny two person team Whalenought Studios have just released a trailer for their latest title, which they describe as a, “cyberpunk, cybertactical, party-based cRPG”. Rolls right off the tongue.

Copper Dreams looks like it will tax your frontal lobe. In the spirit of thinking, here are the best PC strategy games.

The developer’s last game, Serpent in the Staglands, was a similarly moody cRPG, and as you’ll see in this trailer, Copper Dreams isn’t exactly the cheeriest title. “The people are a cancer, rotting the city.” Mmmm, upbeat.

“Dumped onto the island world of Calitana, you are one of hundreds drafted to ease the overcrowding that is rapidly miring the citizens of Earth in famine, violence and poverty. Once a beacon of hope, the isolated Calitana quickly devolved from lustrous to disastrous, unable to support its settlers, and overrun with unbridled corruption and lawless syndicates.”

“From waterways to rooftops, adaptability on the island means scaling the city heights, be it to avoid syndicate eyes or to explore the depths and secrets within. An isometric, fully 3d world allows for vertical freedom and movement.”

Oh, and it also has grapple hooks. As someone who’s just spent 22 hours scaling rock surfaces in Oros with Far Cry Primal’s prehistoric take on the gadget, I’m most certainly up for more hook-based action.

Copper Dreams Kickstarter campaign is set to be revealed shortly, while Whalenought are also promising an alpha.