While I have a penchant for being a horrible cynic, I reckon that the games industry has never had it so good, from the developers to the consumers. It’s tumultuous, sure, with new trends, a crop of strange business models, infant platforms and envelope-pushing tech – but damn is it exciting.

EA COO Peter Moore seems to agree. In an interview with Games Industry International, he says that he believes we are entering a “golden age of gaming”. There’s a but, though. There’s always a but. And this time, we’re the but. Moore says that EA’s trying to grow gaming, but because it’s “not the way it used to be,” we core gamers don’t like that.

But he’s wrong about what so-called core gamers take issue with, because change has nothing to do with it.

“I think the challenge sometimes is that the growth of gaming… there’s a core that doesn’t quite feel comfortable with that,” says Moore. It’s strange to think that gamers – most of whom belong to one of the least conservative generations in history – are being painted at old stick in the muds. I don’t think Peter Moore is myopic, but his focus on pushing games as a service, and pushing it in the direction he is, might make it hard for him to see the actual concerns people have about EA’s approach.

Moore is specifically talking about free-to-play and freemium titles – stuff with microtransactions – and he’s certainly right that this model has struggled to gain traction with a lot of gamers. But he creates a straw man by making a caricature of those arguing against the business model.

“There is a core–controversial statement coming from me, sadly–that just doesn’t like that, because it’s different,” Moore says. “It’s disruptive. It’s not the way it used to be. I used to put my disc in the tray or my cartridge in the top, and I’d sit there and play. And all of these young people coming in, or God forbid, these old people coming into gaming!” 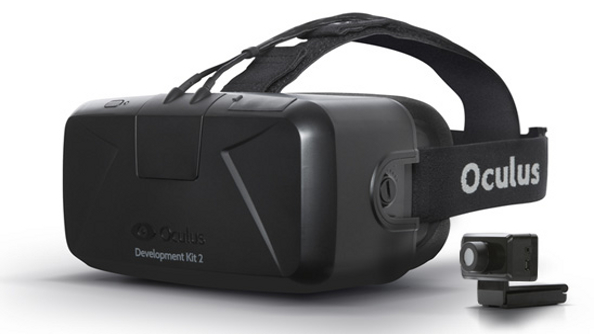 Progress is not the problem. Despite there still being plenty of misgivings, models like crowdfunding and Early Access have been embraced by vast swathes of gamers. Minecraft is a perfect example of how something new – both in terms of the business model and game design – can gain a great deal of traction across many demographics.

The Oculus Rift is another. It was a crowdfunded, pie-in-the-sky piece of tech, and even people who were burned all those years ago by the Virtual Boy had their interest piqued. Now it’s swallowed up god knows how many talented developers and it even managed to keep those core gamers interested after it was acquired by Facebook.

Not liking the direction does not equate to not liking progress at all. While the explosion of social and mobile gaming is driving a lot of development now, it was still the core gamers who are now being accused of fearing change who helped drive the industry forward, even if it was just with their wallets.

Moore thinks disruption is necessary, because he doesn’t want gaming to struggle in the way the music industry did before the likes of iTunes, YouTube and a massive shift in focus. “We cannot be music. Because music said, ‘Screw you. You’re going to buy a CD for $16.99, and we’re going to put 14 songs on there, two of which you care about, but you’re going to buy our CD.’ Then Shawn Fanning writes a line of code or two, Napster happens, and the consumers take control.”

I’ve got to agree: disruption is awesome. And it’s happening everywhere in gaming. And a lot of the time people are pretty cool with that. But buying a game and then being faced with microtransactions is not shaking things up. It’s milking the consumer.

F2P isn’t even the problem. There are certainly folk who hate F2P in all shapes and forms, but there are demonstrably good ways to implement the model. SOE’s doing a pretty good job in this regard, I reckon.

I made an All Access account a while back, and I’m pretty happy paying less than I would for one subscription MMO and getting full access to four of them, with three more on the way. I thoroughly enjoy both PlanetSide 2 and DC Universe Online, so it’s worth it for me, but when I used to be a free player, I never felt particularly restricted.

It’s really down to how a company treats its customers. And while EA has come some ways since being voted the worst company in America, it’s got a long way to go until it claws back some of that faith. And some elements of its business model are a serious obstacle to that.