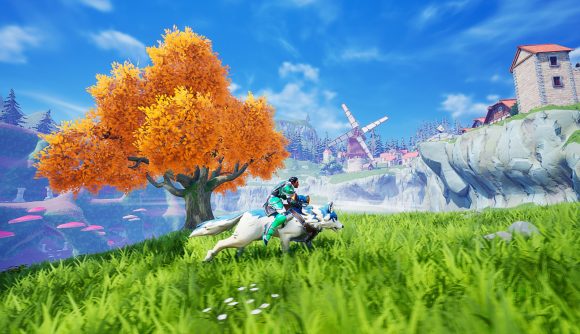 If you’ve ever been playing a survival game and had ideas you wanted to see in the game, now’s a perfect time to try your hand at making your own. Core, the free game creation platform, has a survival game contest going on right now, and the winners will share in $15,000 worth of prizes.

Manticore Games’ free platform makes game creation as easy as you need it to be, with tons of assets and even full game frameworks available in its extensive library. You can bring whatever knowledge you have and let Core pretty much handle the rest. That’s allowed players to create full Dungeons & Dragons adventures in the space of a couple weeks rather than years.

Core’s Survival Jam challenges creators to build their own survival game. The contest will pick winners in three categories.There’s ‘Classic Survival,’ which is focused on PvE, crafting, and building. Survival Shooters should focus more on PvP, with exploration and crafting feeding into that competitive loop. Then there’s ‘Changing the Game,’ which will be looking for original interpretations of the survival genre.

A ‘People’s Choice’ prize will be given to the submission played by the most people over the course of the contest. For the other categories, judges will be looking at aesthetics and interactivity – and they want to be looking at complete games rather than simple “scenes to explore.”

The latest alpha update to Core includes a selection of urban combat and city assets, which you can use to fill out your survival sandbox.