The Corsair Crystal 280X chassis is the tempered glass evolution of one of the company’s best small form factor PC cases, the Carbide Air 240. It’s slick, sleek, and super stylish, well so long as you go for the black version anyways. The micro-ATX / mini-ITX chassis comes in two flavours, but the white one looks like it should be wearing shiny stilettos and come draped in a fake fur coat.

Tacky. It looks kinda tacky, I guess is what I’m trying to say. But the black version allows the three tempered glass panels do what they do best without any distraction – highlight the beautiful components you’ve built into your mini PC.

It’s the split chamber setup that allows the 280X to keep such a clean layout inside, no matter how bad you are at cable routing. And I’m bad. It’s not that I’m just lazy, I am of course that, but even when I try and keep things tidy I always end up with rogue cabling snaking around every component in my machine.

But the Corsair design, championed initially with the chunky Carbide Air 540, allows you to place the PSU and storage in a separate, cordoned off section behind the motherboard tray, leaving just the board and its directly installed componentry on display. 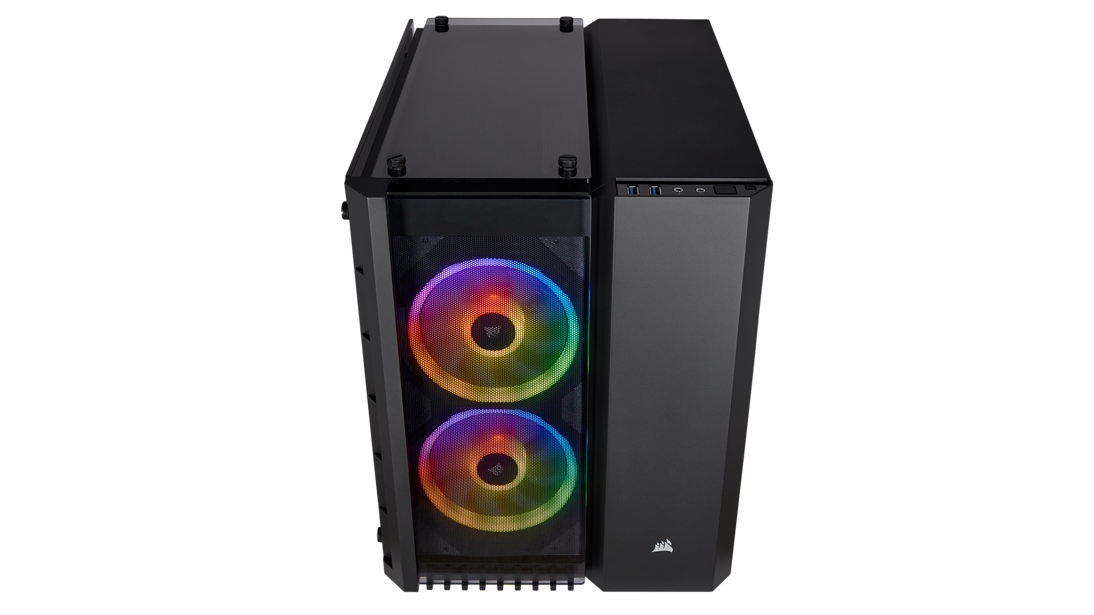 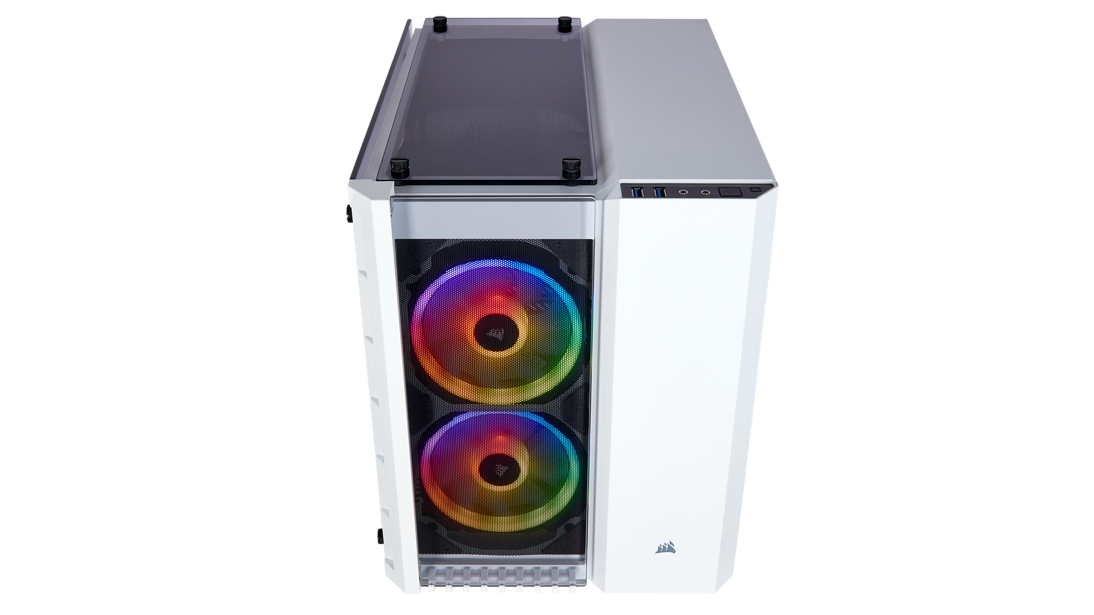 This does mean you get a wider than normal chassis, and when you’re talking about the ATX scale Air 540 that meant it made for one seriously broad machine.

With the smaller Air 240, and now the Crystal 280X, that extra footprint isn’t an issue. It’s also really pleasing to build into. The spit chamber means you’ve got easier access to the motherboard and components without having the Cthulu-like tentacles of the PSU crowding you out. On the other side the PSU gets side-mounted at the bottom, with a vent directly over the cooling fan, allowing you to give your power supply room to breathe too.

Of course this isn’t the smallest micro-ATX case out there, but it’s definitely one of the best looking. And when you’re packing high-end components into your build you want to show them off and still give them room to operate without getting too hot. Which is another thing the 280X does well. It’s a touch bigger all-round, compared with the Air 240, but that means it can accommodate up to 280mm radiators for your liquid coolers. I installed a micro-ATX X299 with a Core i9 7900X into the wee 280X to make for a mighty computational and gaming machine but with the footprint of a beer fridge.

And, with the pair of Corsair LL RGB fans included in this version, you can have the glowing, multi-coloured goodness up front, with a hefty water cooler in the roof below the top-mounted tempered glass panel. You can also pick up a non-RGB version of the 280X, which is some $50 (£50) cheaper, but doesn’t come with the pretty fans or Lighting Node Pro controller inside. 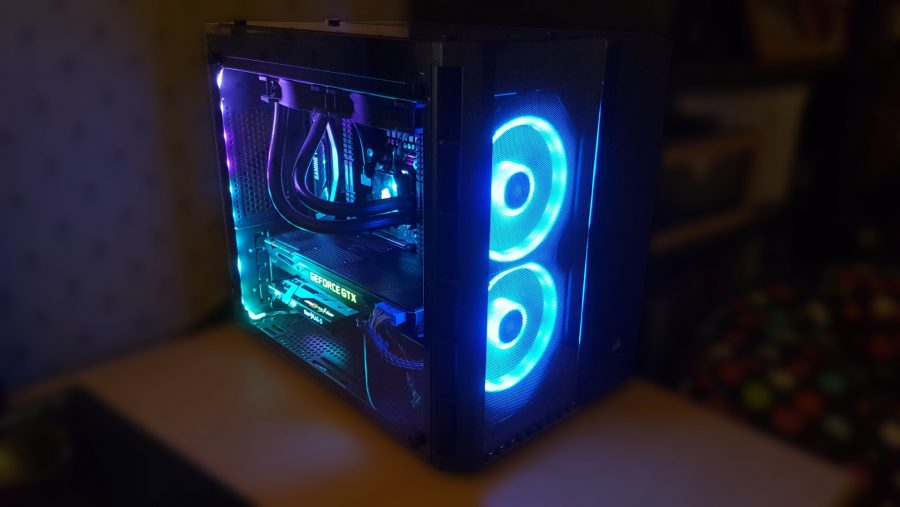 The Node Pro allows you to plumb into the iCUE software and do all kinds of fancy lighting tricks with your RGB fans, or whatever Corsair goodies you also have plumbed into the PC. It’s a smart bit of software, bringing in all the LINK monitoring goodness in a relatively intuitive package. We’re not historically the biggest fans of peripheral monitoring software – Jacob’s been known to fly into a rage at the merest mention of NZXT’s CAM app – but Corsair’s updated iCUE is about as good as they get.

But therein lies the only real fault I can find with the Corsair Crystal 280X. It’s damned expensive. It is indeed a lovely thing, but at $160 (£150) for the RGB version that’s a lot of cash for a case. Still, you’re paying for a lot of solid steel and thick, tempered glass, so you can see where the expense comes in. In the end then, it’s high-end, beautifully machined – I had not a single sliced digit from building into it – and makes for a fantastic-looking gaming PC at the end of it.

The 280X is a gorgeous small form factor chassis that will make even the most ham-fisted of PC builders look like pros. So long as you go for the black version. That white one just doesn’t have it.