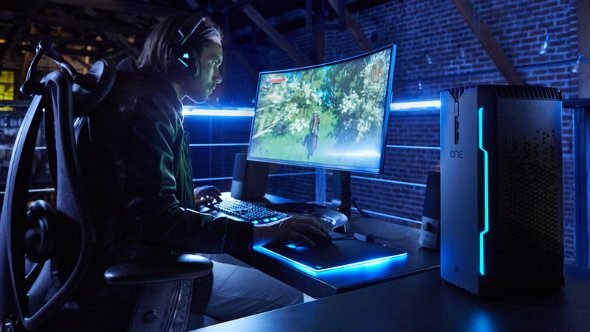 Corsair make some of best gaming cases on the market, but don’t really work on the stuff that goes inside them. Their Bulldog system was a dip in the toe of the barebones market, and a new teaser page seems to suggest they’re launching a fully Corsair branded system, called the Corsair One.

Why buy prebuilt when you can DIY your own PC? Here’s our favourite CPUs for your gaming system if you want to get your hands dirty.

There’s currently a teaser page for the system, but it’s got bugger all information, apart from an area where you can sign up for more news. However, the hardware folks over at Hexus.net were sent some additional info from Corsair. According to the site, it’s a full system, so won’t need a GPU, CPU, memory or storage, unlike the Bulldog Corsair released last year. Given Corsair’s gaming focus, it’s obviously going to be a gaming rig, and the headline of “Battle, Explore, Create” simply reinforces this. The same article quotes Corsair as saying this is a “category-defying new PC”; bold words indeed, but we all know how prone hardware manufacturers are to hyperbole.

There currently aren’t many shots of the product in action other than the one above, but you can head to the original article to see a few more. Based on this, it looks to be a mid-tower system, and the sleek, subtle design is a nice change from the RGB-festooned cases with jet-fighter lines that many gaming PC manufacturers prefer.

Cheers again to Hexus for the scoop.