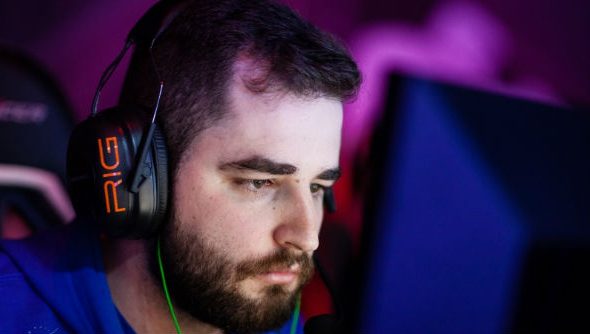 People like FalleN are part of the reason why CS:GO is still leading the way in our list of PC’s best FPS games.

Before the five-round series commenced, the safe man’s bet had been soundly placed on Luminosity, but as the curtain dropped on the third map, G2 were in the lead 2-1. All seemed lost for LG, but somehow the team clawed back another win, equalising, and eventually strode to victory after a heart-stoppingly tense final map in which the teams were forced into overtime.

After watching the grand saga unfold from the crowd, we caught a few minutes with the visibly exhausted but triumphant, Gabriel “FalleN” Toledo, leader of the five-man wonder squad. We asked him what it takes to reach the top of CS:GO and how his team held it together in the face of defeat. 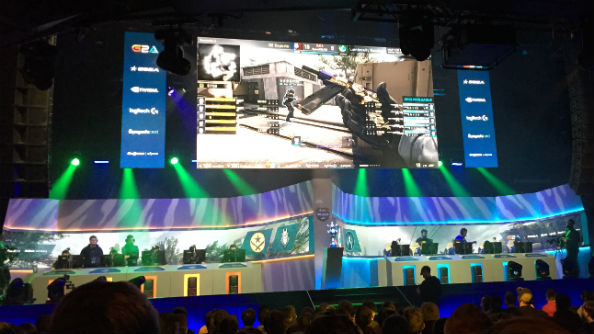 PCGN: That last match was unbelievably close: 15/15 going into overtime. What was going through your head during those final four rounds?

FalleN: It got pretty intense when it was 15/15 and we had to go for the comeback! That’s when [my teammate] Fer just said ‘I’m gonna pick mid, I’m gonna save this for us’ and he found the first kill. When you have players on your team with the kind of balls to commit to plays like that and save your ass it’s pretty awesome. When we started winning rounds during overtime we became super confident, but we were definitely scared before that happened.

G2 was an intimidating force throughout: Scream was MVP of the final and Shox was on fire in his dueling throughout. How do you go about countering amazing one-on-one players?

Actually you can’t think too much about what they are doing; it’s up to you to not make silly mistakes. We made a lot of missteps this series to be honest – I myself played particularly badly on a lot of maps. On Inferno there was a round where all I had to do was just wait and I [peeked out of cover, ending in a loss]. This was possibly because of how tired I was; playing five matches [in a row] is pretty intense. But Shox and Scream played amazingly this series – they’re great players, they have a lot of skill and they were really on point today. 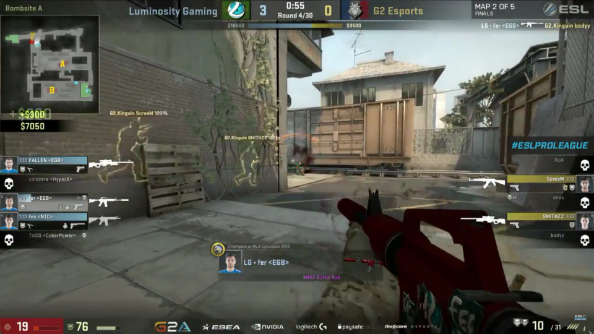 The crowd were all going nuts screaming for G2, how did that make your team feel? It must be hard when you can hear that kind of chanting.

CS:GO is a game of information – knowledge is power. How do you manage the distribution of information between team members when you’re playing fast-paced match like this?

Well in the first instance use TeamSpeak so we can all talk. Most of the time when we die we try not to talk too much so we don’t annoy the other players or give them bad ideas.

But when you’re all alive how do you make sure there aren’t five voices screaming at one another?

That’s why I’m the team leader. When we’re running strats we kind of know what information is important to give: ‘this part is clear’ or ‘the other team might be doing this’. It’s very natural. You can’t say everything otherwise there would be people talking the entire round and you wouldn’t even hear [your opponent’s] footsteps, so you just need to focus and call what you think is important. 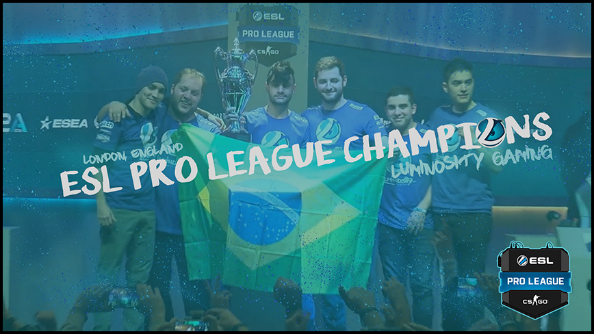 What do you think makes an effective CS:GO player?

I think a good CS:GO player needs to have real experience of tournaments and experience on playing LANs, as it’s a very different environment to online. You also need to be a good learner, because to get good at CS:GO you need to get better from every single death and defeat you have. There are a lot of players who are extremely good at CS and it’s extremely difficult to play against them because often you don’t have a chance. It’s a team game, but you need to take care of your individual performance as well. [In short]: talent, education, and being a good teammate.

Did you expect G2 would give you such a hard time? All the analysts were calling an LG wipeout before the final began.

They looked so strong today, and we definitely weren’t expecting it. If you look to the series and the maps they picked, we won those, and the maps we are traditionally very good at, we lost. This was a crazy series. I don’t think we played our best [on Saturday] but we’ve proven that we’re a strong team and that even not playing our best game we can come to tournaments and be a force to be reckoned with. [G2] were amazing today though.

What advice you would you give to up and coming CS:GO players who want to go pro?

I love giving advice and teaching people! I’ve actually been doing exactly that since 2011 with the Games Academy Project, and next month I’m going to start making the classes free. It’s going to be on YouTube, so make sure to check in on my Twitter page and Facebook because around June, people are going to be able to choose a map and I’m going to talk about it for the entire month. Every day there’s going to be a new class. It’s going to be in English but there’s also going to be a lot of people translating into other languages.