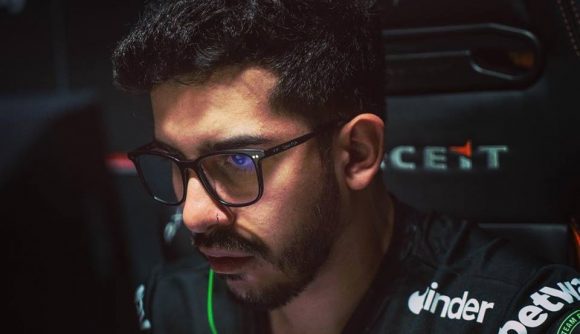 Brazilian Counter-Strike: Global Offensive pro Marcelo ‘coldzera’ David has stopped broadcasting on Twitch after stream-snipers targeted his channel in an attempt to get him banned from the platform.

David, who plays for Made in Brazil, said he will not be streaming for the foreseeable future. The problem, it seems, is dick pics.

During his livestreams, viewers will work out how to join his matches – a common tactic among stream-snipers. However, instead of using the stream to gain a tactical advantage over him, David has found users changing their Steam profile pictures to display a close up shot of human genitals.

Then they’ll join his game lobby while he’s streaming, and the lewd images will appear on his stream. While it may only be for a couple seconds, it’s enough ammunition for the trolls to use in a report to Twitch for offensive content – and showing anything pornographic can easily get you banned from the platform.

It’s not immediately clear why coldzera is being targeted this time around, but it’s something he’s apparently dealt with before. As Dexerto reports, he tweeted earlier this week and included an image from his chat talking about how his community has no respect for anyone.

“I stopped streaming one year ago because of this and you still have not learned and so it has to be so every time,” he said, translated from Portuguese by Bing.

As Counter-Strike fans around the world are aware, coldzera is one of the game’s best players, and he’s contributed to first-place finishes for MIBR, SK Gaming, and Luminosity Gaming since 2016.

He was voted the esports Player of the Year at the 2016 Game Awards, and he’s won an impressive number of MVP titles in tournament play.

The dick pic stream-sniping is a tough issue to work around: while it’s possible to disable individual HUD elements in CS:GO, player avatars will still appear on the match scoreboard. Without some kind of avatar screening process on Valve’s part, it’s unclear how to solve the problem.
For his part, coldzera is just going to take some time away from streaming. When he comes back, he says, it may be without a camera, chat, or a mic.