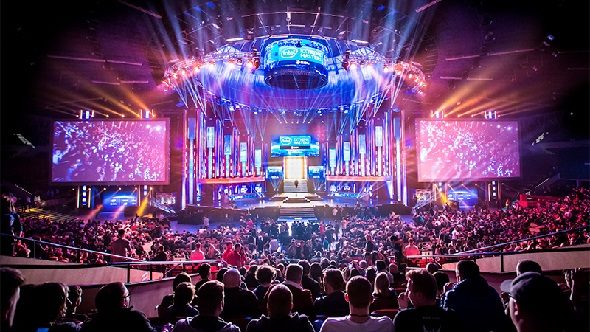 In a partnership between ESL and DreamHack, Twitter will start livestreaming certain eSports events and creating original eSports content in 2017. So far, more than 15 events are scheduled to be streamed via Twitter, including events in the ESL One, Intel Extreme Masters and DreamHack circuits.

If you want to be up on stage one day, here are some tips to get good at CS:GO.

IEM Katowice will be the first event streamed through Twitter, which starts on March 4. The ESL are also set to produce original content for Twitter, including a weekly half hour show, full of highlights and behind the scenes footage from the week in eSports. Twitter will begin streaming events from DreamHack this April, starting with DreamHack Austin.

“Esports fans are endemic to digital and this partnership with Twitter expands ESL’s reach for all of our major tournaments for fans around the globe,” said Johannes Schiefer, Vice President Social Media & Editorial at ESL. “Intel Extreme Masters Katowice is our most anticipated live event, and we are excited to bring premier content from this tournament and beyond to more fans in a premium experience.”

“Esports is growing at a rapid pace and we see this collaboration as a way to tap into the engaged audience of gamers that are already using Twitter as a primary source of content,” said Anthony Noto, COO at Twitter. “By partnering with the leading esports companies like ESL and DreamHack, we look forward to bringing the best of esports live video and conversation together on Twitter.”

You can watch IEM Katowice via the IEM or ESL Twitter channels, but do be aware that these streams will be full of adverts you’d find watching a traditional sports broadcast, alongside highlights and recaps of the action.