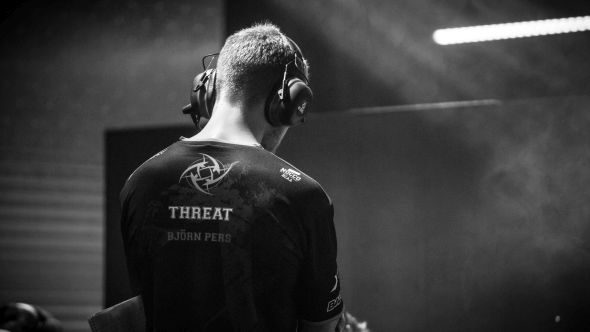 Update August 19, 2016: Valve have issued a statement regarding their change to how coaches are allowed to interact with teams in game.

Valve have made their own statement, on the CS:GO blog, regarding the changes to how coaching with work during pro matches. In it, they say that there has been on-going communication from them to teams that they didn’t want ‘sixth player’ coaching to become a thing, and teams don’t seem to have listened.

Here’s another batch of great FPS games, if you’re now looking for a new one.

“At past Majors, we have had conversations with pro teams about the participation of their coaches in the gameplay responsibilities of players,” reads the statement. “We were always open with them about our opinion that distributing the work of 5 players (e.g. keeping track of the economy, calling plays and mid-round calls, and general situational awareness) across 6 people was not in line with our goals, one of which was to make it possible for new teams to emerge and compete at the highest levels.

“Since then it has become apparent that teams are, in fact, transitioning away from fielding players that have a wider breadth of skills and instead relying on coaches to handle some of that work.”

They go on to say that on August 8 they received an email from a coach representing “some top teams” asking to have more in-game access, which had been forwarded to them by a tournament organiser. “The organizer was aware of our concerns and asked us, in light of the current trend, whether we intended to take a position on coaching.” Based on what we’ve seen so far, it’s probable this organisation was ESL, but that’s not been confirmed.

“The forwarded email made it clear that despite the conversations we had with them, teams were further investing in coaching in a way that was contrary to the goals of the Majors and the concerns we had expressed. It was important to make a decision before teams further invested in coach IGLs and we decided to rein in the role of coaching in the next Major to exclude player responsibilities. We informed the event organizer of our decision and asked them to incorporate our message into their conversation with the pros.”

Valve go on to say that this move is purely to ensure that it is the best teams of five players that are winning majors, and it is not affected by outside assistance that new teams might not have access to. The statement has been greeted quite positively by the community, with public opinion (particularly on the official subreddit) fluctuating quite wildly from yesterday.

Original story August 18, 2016:The Counter-Strike: Global Offensive professional scene operates by a few simple rules. There are five players on a team, bomb defusal maps only, 15 rounds per side. One area this got a little greyer was the interaction of coaches with players. Many teams employed a coach as a sort of sixth man – they don’t interact with a mouse and keyboard directly, but they can call plays, keep track of each team’s gun economy and generally act as what’s known as an in-game leader. Valve have just banned them from operating in that role during normal gameplay, limiting them to warmup periods, half-time and timeouts.

The community and pro scene were already a bit grumpy – to put it mildly – after the production, prize money and general quality of The International Dota 2 event once again eclipsed anything CS:GO has received. Via Reddit, here’s a picture of but a few Twitter reactions from pros and commentators.

The main thrust of their complaint is that this change, which is being enforced at all Valve-sponsored events and many of the game’s other largest tournaments ran through ESL, will lower the standard of play. That standard is basically what has helped the game become such a global powerhouse. Like Dota or League, it is players and teams doing extraordinary things that keeps people tuning in, and CS:GO doesn’t even have the regular patches of those games to shake up the meta.

Valve/ESL’s point, as seen in the email sent to players, is that they’re looking for the best CS:GO players. Five of them, hands on peripherals, headshots being made. Relying on a sixth person to do a batch of the thinking and letting players focus might increase the standard of play, but it’s a privilege not all teams have.

Players aren’t happy with that. In fact, big names from a large number of teams are planning to discuss things today. There’s talk of a union, boycotts of majors or the next large ESL tournament – whether any of it happens remains to be seen, but between them and the community being in essentially open revolt, something surely must change.