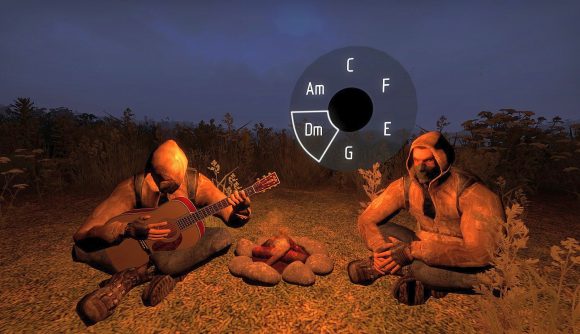 Remember those guitars that would pop up in the STALKER games, which lone survivors would sit and strum by the fire throughout the Zone? Sadly, they weren’t really playable for anyone other than NPCs in the FPS games, but the good news is you can now live out that dream in another popular shooter thanks to a new CS:GO mod.

Counter-Strike: Global Offensive fan DepoSit has posted a new creation on the multiplayer game’s Steam Workshop, which adds a STALKER-like scene complete with a playable guitar. “Once loaded you find yourself in a small lowland, the time overboard is about 5am, and a bonfire can be seen nearby, close to which two stalkers are sitting,” the modder explains. If you hover over the guitarist and hit your action button, the camera will shift and you’ll get to take control of the tunes yourself.

The way it works is via a pop-up command wheel, which has six different chords. Using mouse and keyboard controls, you can then put a a little diity together. There are additionally controls – accessed via a box near the fireside sitters in the map – for adjusting the guitar’s pitch, which works by speeding the game up – so, upping the tempo.

If you’re keen to get an idea of the STALKER-style CS:GO guitar in action, you can check out the modder’s clip below (note – it’s in Russian, but you can toggle YouTube’s auto-translated subtitles to get the gist of what’s going on): 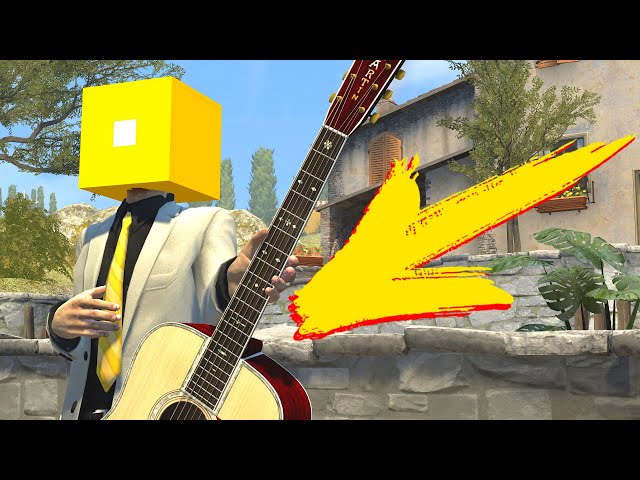 It’s a neat way to try something new in CS:GO and a mighty impressive bit of creation from the modder, considering – it seems from the clip above – that they animated it entirely themselves. If you’re keen to give the guitar a go yourself, you can find it on CS:GO’s Steam Workshop here. We also have some handy CS:GO smokes and CS:GO tips guides, and our sister site The Loadout has CS:GO ranks covered, if you’re after some pointers.